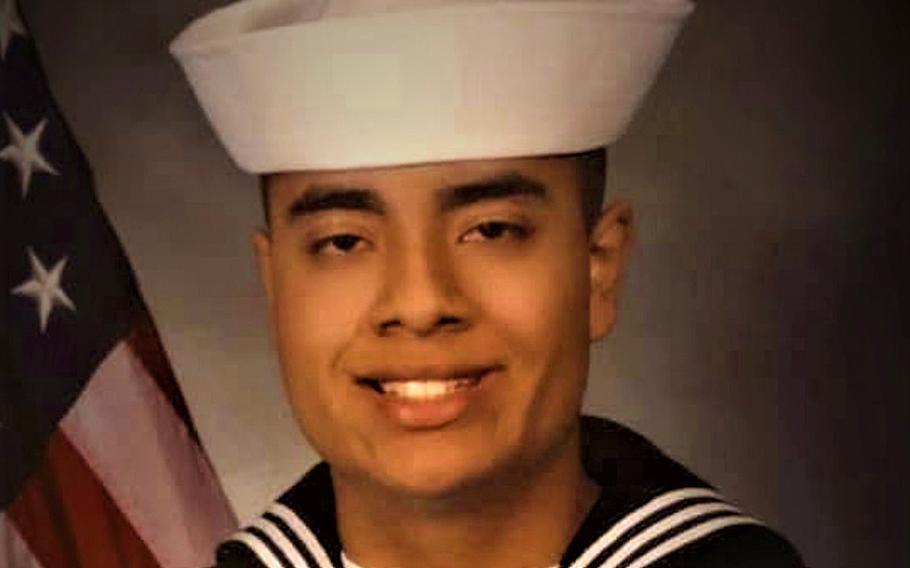 Seaman Arturo Rivera, assigned to U.S. Naval Hospital Sigonella, Sicily, died July 26, 2020, after being hit by a vehicle while crossing a road near the Sicilian city of Catania, the Navy said. (U.S. Navy)

VICENZA, Italy — The Navy is offering a 10,000 euro reward for information in the hit-and-run death of a Sigonella sailor in July.

The Naval Criminal Investigative Service put out flyers Friday in both English and Italian offering the reward to help identify the driver and the vehicle that killed Seaman Arturo Rivera.

Rivera, 22, was killed July 26 at about 3:20 a.m. on a coastal road near a Catania, Sicily beach after leaving a nightclub and heading toward his car, the newspaper ilSicilia and other media reported. The vehicle that hit him kept driving.

Investigators recovered parts of the vehicle but nothing that could identify it, they said.

The reward was agreed to by NCIS and the Catania Municipal Police, which has jurisdiction in the case.

“We collaborated on it,” NCIS Special Agent Daniel Slimer said. “We want to make sure that every stone is turned ... one, to get justice and two, to get closure for the family.”

In October, NCIS offered a 1,000 euro reward. That brought in tips but “nothing that panned out,” Slimer said.

Still, rewards keep people talking about a case and can put pressure on both unknown suspects and those who have pertinent information, he said.

The new reward, equivalent to about $12,000, was large enough to require approval by the NCIS director, Slimer said, and has already resulted in new leads.

Rivera, who was from Long Beach, Calif., joined the Navy in October 2018 after graduating high school in 2016 and attending classes at the University of East Bay in San Francisco.

At Fort Sam Houston, Texas, he attended schools to become a hospital corpsman and pharmacy technician. Rivera had been assigned to U.S. Naval Hospital Sigonella since November 2019, the Navy said.

“He was an incredible man, son, brother, shipmate, and friend,” his family said in his obituary. “His intelligence, work ethic, along with the kindness and caring he showed everyone around him made us all proud and feeling privileged to have met an amazing human.

“While our memories of him leave smiles on our faces, we will forever be left with a void in our hearts that may never be filled.”

Anyone with information about the incident can contact the Catania Municipal Police, or NCIS at +39-335-484-4145.