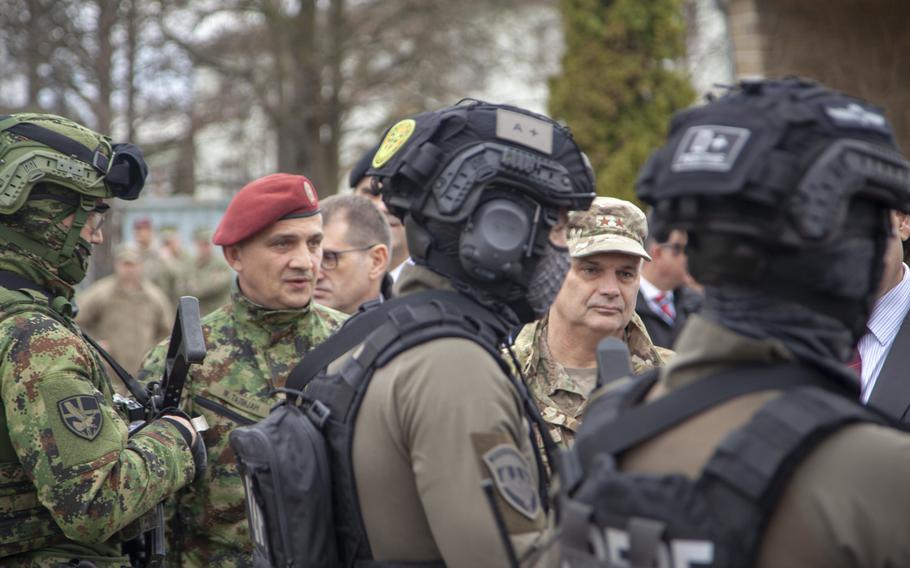 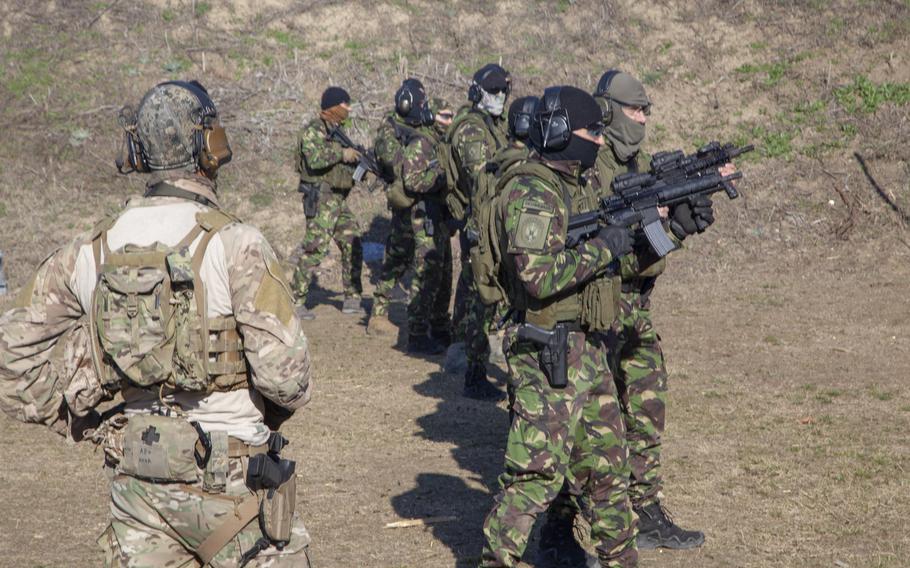 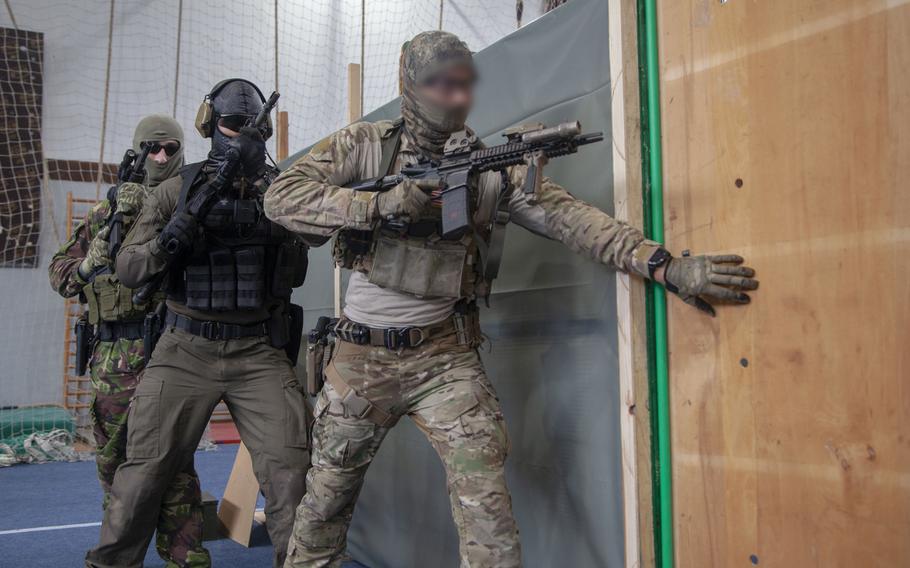 BELGRADE, Serbia — The Navy SEALs kicked in doors and stormed into rooms as Serbian VIPs watched the operators maneuver alongside their own special police in a demonstration of counterterrorism force.

“It’s a key strategic region in Europe and the U.S. has a lot of interests out here,” the SEAL team leader said following the demonstration, on condition of anonymity for security reasons.

The team of Stuttgart, Germany-based Special Warfare Unit Two SEALs trained with Serbian anti-terrorism forces as part of an effort to bolster ties.

But on Monday, shortly after the SEALs left, defense officials from Moscow were slated to arrive in Belgrade for high-level talks, underscoring Serbia’s desire to strike a balance between the West and Russia, a historical ally.

Western officials remain concerned about Russia’s influence in the region. In neighboring NATO ally Montenegro, the government blames Russian and Serbian agents for destabilization campaigns under the guise of religious protests, which Russia and Serbia have denied.

Last month, Serbia moved forward with a plan to acquire Russian air defenses, which Washington has warned could result in sanctions.

At the police compound in Belgrade where the SEALs were assembled, U.S. officials offered warm words about the ties between the two countries, but hinted at the political discord to be overcome.

Maj. Gen. Kirk Smith, speaking during a ceremony attended by Serbian military and government officials, said the countries are working “toward a friendship.” Friendship comes when both sides are willing to “take risks for each other,” he said.

“I look very forward to continuing the partnership … to developing that in the future into a friendship,” Smith said.

Gabriel Escobar, deputy chief of mission at the U.S. Embassy Belgrade, called Serbia a historically close partner dating back to World War I.

“We want that friendship. We want that partnership again,” Escobar said. “I think through these engagements we can start to rebuild that traditional friendship.”

For the U.S., working with Serbia in areas such as counterterrorism serves mutual interests, Smith said.

“Terrorism doesn’t recognize borders,” Smith said in a brief interview. “If the Serbians stop it here than that’s good for us.”

Bringing in the SEALs for training also is a way to send a larger message of cooperation, he said.

Col. Spasoje Vulevic, commander of Serbia’s counterterrorism police, said training with the SEALs was a way to improve his team’s fighting and mission-planning skill set in a crisis.

“We can react immediately,” Vulevic said. “It’s one of the reasons for this kind of combined training.”

For the SEALs, working with nonmilitary security forces also offered a rare opportunity.

“They have a very strong urban police skill set, which is something different than what the SEALs are traditionally involved with,” said the SEAL team leader. “They have a strong reputation in Europe as a premier force. I found them extremely professional.”