Navy missile defenses in Eastern Europe could 'push back' against Russia, CNO says 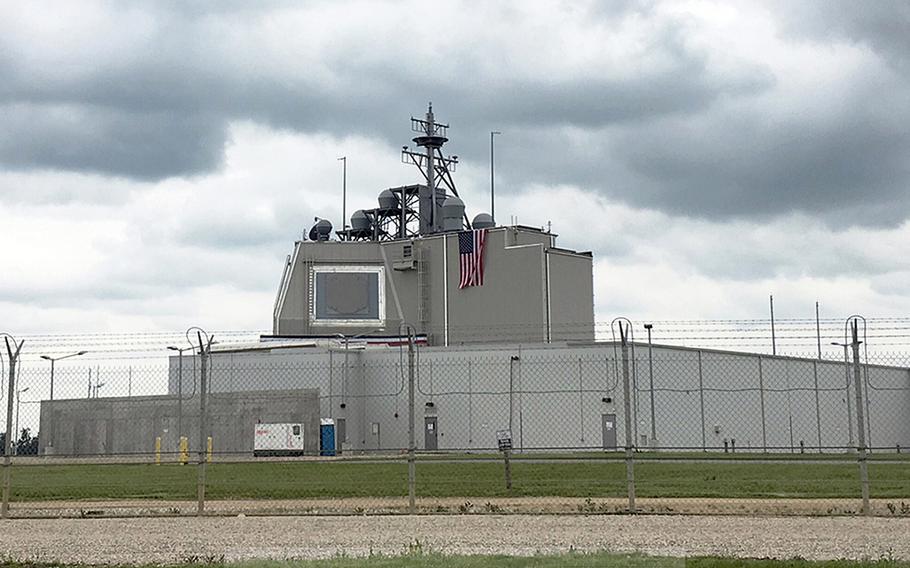 The Navy’s land-based missile defense systems in Eastern Europe are a means to deter a more assertive Russia, the Navy’s top officer said less than a week after Washington and Moscow announced they would dissolve a Cold War missile treaty.

“One area where we’re doing some new things is with respect to missile defense,” Chief of Naval Operations Adm. John Richardson said Wednesday at an Atlantic Council meeting. “We have Aegis Ashore in Romania — I think that that capability makes a tremendous statement.”

Richardson was responding to a question about what the United States and its allies can do to counter potential Russian aggression in Eastern Europe. Citing the Navy’s missile defense systems as a deterrent departs from past statements the U.S. and NATO have made saying the systems weren’t intended for Russia.

President Donald Trump announced last week that the U.S. would withdraw from the nuclear pact that banned ground-launched intermediate-range missiles, after accusing Russia of violating the accord. Soon after, Russian President Vladimir Putin declared that Russia would follow suit.

The Aegis system in Romania and the one being built in Poland are designed to defend against short- and medium-range missiles. They are part of the larger missile defense system that NATO is developing.

Other components include four Navy guided-missile destroyers based in Rota, Spain; an early warning radar system in Turkey; and a command center at Ramstein Air Base, Germany.

The Aegis systems’ proximity to Russia’s borders have been irksome to Moscow since the U.S. announced plans to build them in 2002. Allied leaders have in the past sought to assure Moscow, claiming that their aim is to defend against missiles launched from Iran and other unspecified countries in the Middle East and western Asia.

But Richardson made it clear that the anti-missile systems will be one way to “push back” against Russia if necessary. The U.S. should also look to “push first,” he said.

“I think it would be great if we could get folks, Russians, some of these competitors to respond to our first move,” he said. Using a chess metaphor, he added: “There’s an advantage every now and then to playing on the white side of the board.”

In recent months, Richardson has praised naval forces in Europe for reviving a tactic of deploying in less predictable patterns, known as dynamic force employment. The tactic last fall brought a U.S. aircraft carrier to Arctic Circle waters for the first time since the Cold War.

He also said that the U.S. should draw on help from allies in helping countries such as Ukraine.

“Whatever leadership role we can provide there, I think as an alliance we bring more to the table together than any kind of a bilateral approach,” Richardson said.