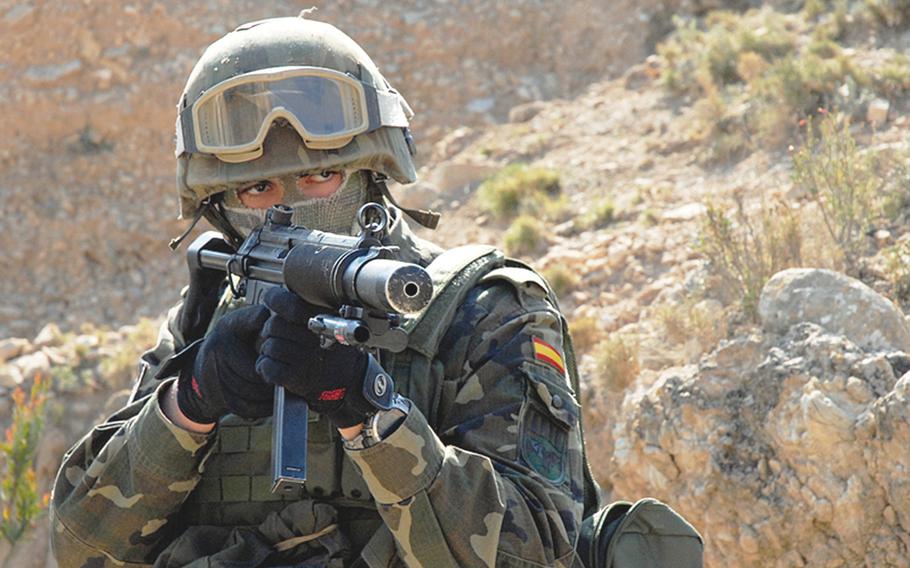 NATO is temporarily mobilizing a command and control headquarters from Naples, Italy, to take part in a June exercise in Romania, where the readiness of the alliance's response force will be tested. It will mark the first time NATO's Joint Force Command has been deployed to Romania. (Courtesy of NATO)

NATO is temporarily mobilizing a command and control headquarters from Naples, Italy, to take part in a June exercise in Romania, where the readiness of the alliance's response force will be tested. It will mark the first time NATO's Joint Force Command has been deployed to Romania. (Courtesy of NATO) 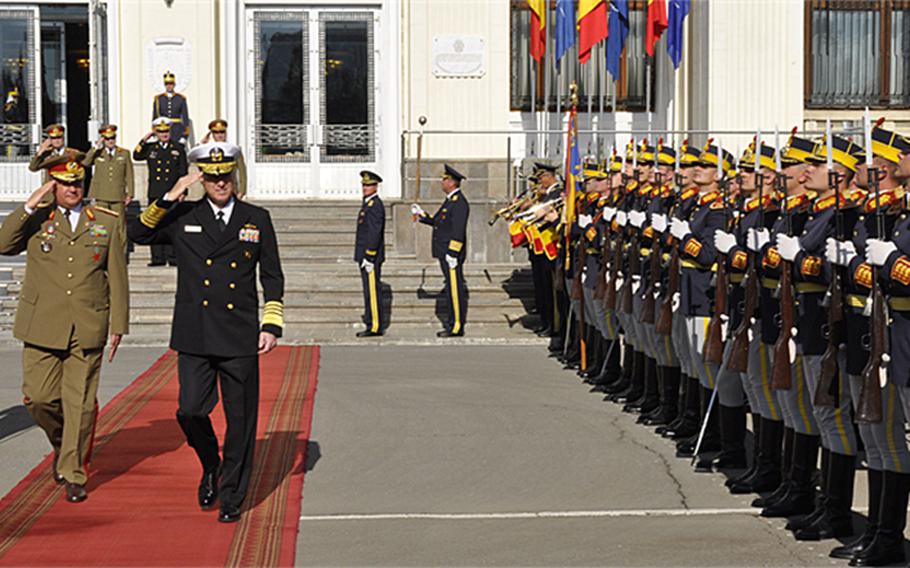 Allied Joint Force Command Naples commander, U.S. Navy Adm. Mark Ferguson III, second from left, salutes as he passes an honor guard during his visit to Bucharest, Romania, Tuesday, May 5, 2015. NATO for the first time will deploy a command post to Romania to take part in a June exercise aimed at testing the alliance's crisis-response capabilities. (Courtesy of Allied Joint Force Command Naples)

NATO will deploy a command post to Romania for the first time when it launches Trident Joust 2015, an exercise to test the alliance’s crisis-response capabilities as it beefs up its presence in eastern Europe.

NATO’s Naples-based Joint Force Command will lead the 12-day exercise, which kicks off in June.

The alliance’s emphasis on speed and mobility comes at a time of increased concern about Russia’s intervention in Ukraine.

“This deployment will test the full operational capability of my staff, by shifting command and control between my headquarters in Naples (Italy) and the forward deployed elements in Cincu, (Romania),” Adm. Mark Ferguson III, commander of NATO’s Joint Force Command in Naples, said in a statement Tuesday.

During his visit to Bucharest Tuesday, Ferguson met with senior Romanian defense officials for talks on Romania’s integration into NATO and the establishment of Multinational Division Southeast to be located in Bucharest.

Romania is one of six countries to host new NATO Force Integration Units, which aim to facilitate rapid movement of reinforcements in a crisis. The other countries hosting the units are Bulgaria, Estonia, Latvia, Lithuania and Poland.

Since Russia’s annexation of Ukraine’s Crimea peninsula in March 2014, NATO has maintained a steady presence in the region through a series of exercises and expanded military operations.

The Joint Force Command in Naples plays a key role in NATO’s crisis-response capabilities. It serves as the command and control element for the NATO Response Force, which is soon expected to double in size as it grows to some 30,000 troops.

A new spearhead quick-reaction force is also part of efforts to boost NATO readiness. When fully operational, it will consist of roughly 5,000 troops drawn from the response force. Those troops are expected to be capable of mobilizing within 48 hours.

While NATO increases its presence in the east, allies there are coming up with new strategies to shore up their own defenses.

On Friday, Ukraine, Poland and Lithuania launched a joint military force that could take part in peacekeeping or other military operations.

“I hope that it will be possible to hold (the) first exercises in one year,” Polish President Bronislaw Komorowski told Reuters.

The unit is expected to be based in Lublin, a Polish city near the border with Ukraine.