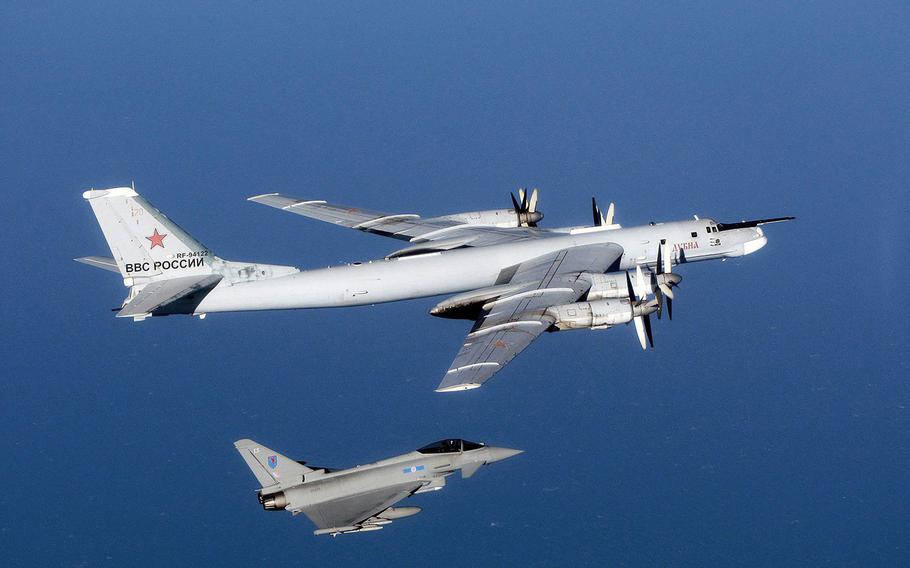 STUTTGART, Germany — NATO fighter jets launched a flurry of intercepts Monday stretching from the Arctic to southern Europe as allies countered a “an unusual peak” of flights by Russian warplanes, the alliance said.

Allied aircraft conducted 10 intercepts as they shadowed Russian bombers and fighters over the North Atlantic, North Sea, Black Sea and Baltic Sea, NATO said in a statement on Tuesday.

The intercepts, which occurred in less than six hours, involved six different groups of Russian aircraft near allied airspace.

While allies regularly intercept Russian military aircraft, NATO has complained that the Russians often do not fly with transponders, which make them invisible to civilian radars.

The Russian planes never entered alliance airspace, and NATO said all the intercepts were conducted in a “safe and routine manner.”

On occasion, however, encounters between Russian and allied aircraft have been deemed dangerous by U.S. military officials. In August a U.S. B-52 bomber’s maneuvers over the Black Sea were restricted by two Russian fighter planes that flew within 100 feet of the long-range bomber.