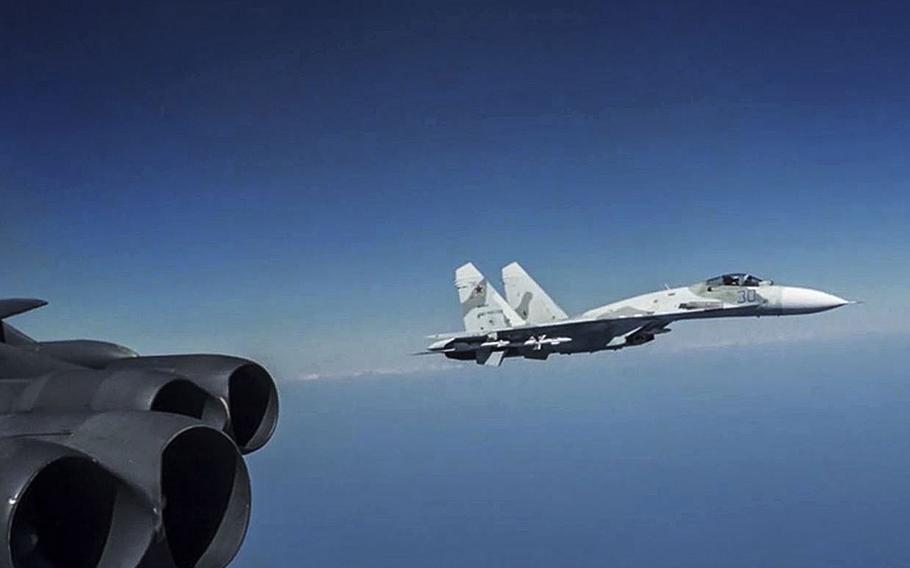 “In recent years, we have seen an increased level of Russian military air activity close to the Alliance’s borders,” NATO spokeswoman Oana Lungescu said in a statement.

About 90% of the scrambles were connected to Russian military aircraft, marking a slight increase from the previous year, NATO said.

A frequent complaint from NATO is that the Russian military often fly without transponders or flight plans, which makes them invisible to civilian air traffic controllers and poses a risk to civilian airliners.

NATO officials have said in the past that many of the intercepts consist of routine checks on aircraft flying to and from the Russian enclave of Kaliningrad, sandwiched between Poland and Lithuania on the Baltic coast.

Generally, intercepts occur without incident as NATO planes take off to identify the approaching aircraft and escort it out of the area. However, in August, NATO accused a Russian fighter jet that the alliance said took off from Kaliningrad of a “significant violation” when it followed a U.S. B-52 bomber into Danish airspace.

In Europe, there are roughly 40 air surveillance radars and reporting hubs, and about 60 jets of various member states are ready to serve as a quick-response force, NATO said. Air operations centers at Ramstein Air Base and in Spain monitor all air movements across Europe.

“NATO fighter jets are on duty around the clock, ready to scramble in case of suspicious or unannounced flights near the airspace of our Allies,” Lungescu said. “Air policing is an important way in which NATO provides security for our members.”