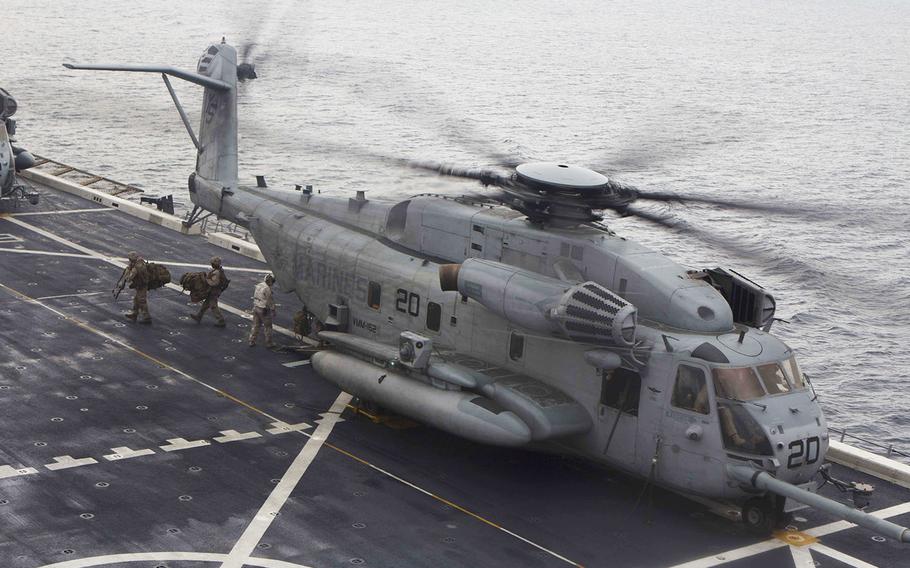 NAPLES, Italy — A Marine helicopter made an emergency landing in a public park in Sicily on Tuesday afternoon, according to the Navy.

No one was injured aboard the aircraft or on the ground as the CH-53E Super Stallion made a precautionary landing in the city of Castelvetrano in western Sicily due to a possible mechanical issue, according to a spokesman for U.S. 6th Fleet.

The helicopter, with a crew of six Marines, was flying from the USS Arlington, an amphibious transport ship that was operating off Sicily’s southwestern coast.

The incident occurred around 5 p.m. as the helicopter and another Super Stallion were en route to Naval Air Station Sigonella, on the opposite side of the island near Catania, spokesman Lt. Shawn Eklund said.

The second helicopter initially remained on scene in Castelvetrano, Eklund said. Both helicopters were later moved to Sigonella, where officials were investigating the possible malfunction.

The CH-53E is used for heavy lift missions, including transporting Marines for operations and making supply runs between ships.