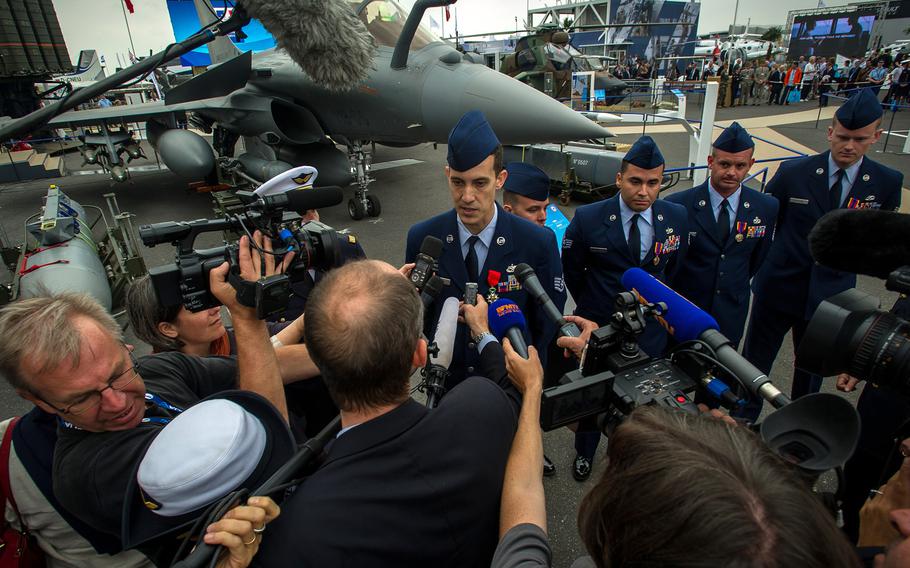 RAF MILDENHALL, England — An RAF Lakenheath airman received France’s highest award on Monday for his role in helping to save the lives of French servicemembers.

Staff Sgt. Greggory Swarz, with the 492nd Aircraft Maintenance Unit, received the Legion of Honor during the International Paris Air Show, according to U.S. Air Forces in Europe. Swarz pulled three French airmen out of a fire that erupted after a Greek F-16 crashed on Los Llanos Air Base, Spain, in January during a multinational exercise.

Swarz also received the U.S. Airman’s Medal in March for his actions.