In a first, a Black woman takes command of Army reserve command in Europe 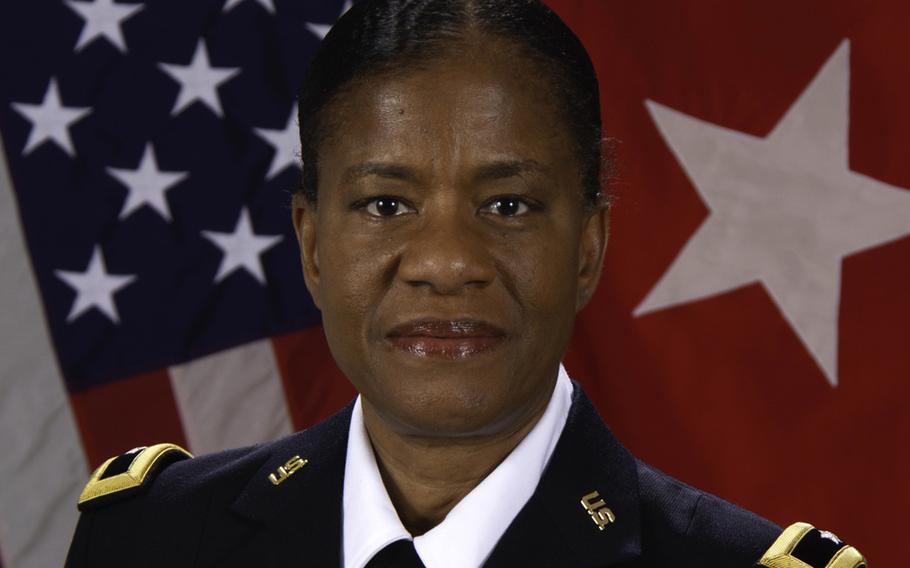 Williams, one of only three Black women now serving as a general officer in the U.S. Army Reserve, will lead more than 1,000 soldiers and civilian personnel spread out across nearly 20 countries, U.S. Army Europe and Africa said in a statement.

“It is a special day in Army Reserve history, because not only will Brig. Gen. Williams be the first woman to serve as Commander of the 7th Mission Support Command, she will be the first African-American woman to do so,” said Maj. Gen. Chris Mohan, head of the Kaiserslautern-based 21st Theater Sustainment Command.

Williams will also serve as deputy commander of the 21st TSC, which is responsible for ensuring Army units are supplied for missions stretching from the Baltic states and Poland down to Italy and parts of Africa.

Williams replaces Brig. Gen. Michael Harvey, who was removed from the post in June after coming under investigation for a matter that did not involve criminal activity or safety, the service said at the time. The Army never provided details on the circumstances surrounding Harvey’s removal.

In the aftermath of Harvey’s departure, Col. Douglas A. LeVien served as the acting commander until the arrival of Williams.

Williams brings more than 33 years of active and reserve military service to the position.

Her prior assignments include deputy commanding general of the 412th Theater Engineer Command headquartered in Vicksburg, Miss., and deployments in support of Operation Desert Shield/Storm and Operation Enduring Freedom.

In her civilian career, she works as an accountant for the Securities and Exchange Commission in Atlanta, the Army in Europe said.