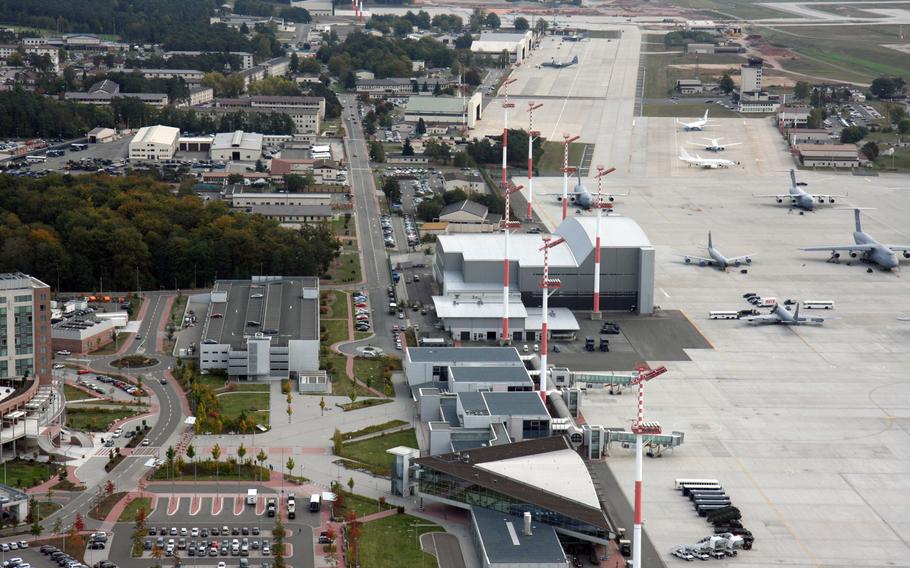 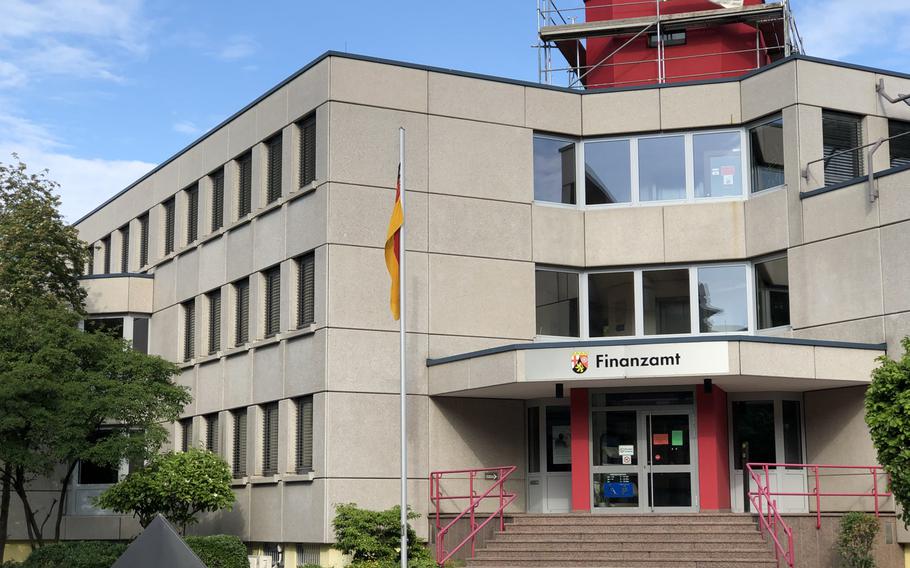 Buy Photo
The tax office in the Kusel-Landstuhl area of Germany has ramped up efforts to collect taxes from some members of the U.S. military community. (Brian Ferguson/Stars and Stripes)

Service members who already pay U.S. taxes and do little more than extend their tours in some cases face being charged tens of thousands of dollars in German taxes, military families and German officials have said. Others are being pursued after local tax authorities determine someone is married to a German, owns property, sends a child to a German school or does anything else they say denotes “special ties” to the country.

While authorities had imposed tax penalties on Defense Department civilians in recent years, the first case of trying to collect on an active duty service member, a Ramstein Air Base master sergeant married to a German, came to light in April.

On Friday, the Kusel-Landstuhl office, which oversees an area that includes tens of thousands of Americans assigned to Ramstein and several Army bases, said their office alone was investigating 460 people through it’s “NATO office,” compared to 387 U.S. military personnel in April.

Albrecht, who represents 70 military families involved in tax fights, says he has clients assigned to U.S. Africa Command in Stuttgart who have been affected as well as personnel in Kaiserslautern and Wiesbaden, home to U.S. Army Europe headquarters. He’s added 20 new clients in the past couple months.

Germany is the only known U.S. treaty ally where certain U.S. troops and Defense Department civilians stationed overseas are in danger of having their military income taxed by local finance offices. The NATO Status of Forces Agreement has historically protected military and civilian employees in Germany from such taxes. But in recent years, some German authorities have asserted that the agreement doesn’t apply in all cases.

‘They are going to try and hang you’ Tax bills have ranged from thousands of dollars all the way up to six figures, the German government in the state of Rheinland-Pfalz, which includes Ramstein, has acknowledged.

“You don’t want to be chased and harassed by a government office. It is scary,” said Melissa Howell, the spouse of a U.S. soldier who is being targeted by a tax office in Germany’s Landstuhl area. “I don’t know how they expect people to come up with that money.”

Howell, a German who lives with her American husband and children, said she ran into trouble in June when she went to file her taxes at the local finance office.

She said she was interrogated about her husband and told to fill out a questionnaire that probed information about his employment.

She then received a letter ordering her to hand over her husband’s W-2 and other tax forms.

“I did it because I didn’t know. I found out that was a mistake,” she said.

After that, she got a phone call from the tax office, saying that their case was getting handed over to a case manager who handles “American-German couples.”

The Howells then retained Albrecht to prepare for a court fight.

Albrecht’s advice to people snared by tax authorities: never hand over any tax documents belonging to U.S. personnel and retain an attorney to resist the government’s attempts to compel their turnover.

“Once they have those documents they are going to try and hang you,” Albrecht said.

A German spouse of a Defense Department civilian in the Kaiserslautern area said her husband was recently hit with a $50,000 tax bill from the Kusel-Landstuhl tax office. Like Howell, she said she was pressured to provide her husband’s income tax material.

“I’ve always wanted to be transparent. Then it snowballed,” said the spouse, who spoke on condition of anonymity for security reasons.

“Basically, they concluded that my husband has to pay $50,000 because they think we don’t show any intent to return to the U.S., which couldn’t be further from the truth. We have to go back to the U.S. at some point,” she said, noting they are looking to buy a house in the U.S. and that their children attend base schools.

“But they didn’t accept any of that,” she said.

Tax consultants in Germany have told Stars and Stripes that leaving the country — the ultimate proof of intent to leave — doesn’t necessarily offer protection from regional finance offices, which have sought taxes dating back 10 years and pursued U.S. personnel after they return home.

Looking for federal guidance U.S. military commands that oversee SOFA matters in other allied countries that host large numbers of forces — Japan, South Korea, the United Kingdom, Italy and Spain — all told Stars and Stripes that service members and DOD civilians aren’t at risk of having their military income taxed.

U.S. Air Forces in Europe, which overseas SOFA matters in the U.K, said in a statement that there is “no movement or initiative to collect income tax on income derived from duty with the US Force.”

Germany stands apart at a time when leaders from all states that host troops have appealed to U.S. lawmakers to block an effort by President Donald Trump to cut force levels in the country.

Trump has said that Germany doesn’t spend enough on its own defense.

U.S. Army Europe, which overseas SOFA issues in Germany, says it has no plans to intervene in ongoing individual tax court disputes. But the Army said it is coordinating with U.S. European Command and six other NATO states to elevate the issue within U.S. and allied governments.

“Our intent is to ask the national German government to issue overarching guidance on their interpretation of the treaty that will guide local and state interpretations,” USAREUR spokesman Col. Joe Scrocca recently told Stars and Stripes.

A point of frustration for families is that U.S. military leadership hasn’t taken a more assertive position in defense of its personnel.

“I hope this loophole is looked over soon,” Howell said. “I am surprised it hasn’t been fixed yet. It’s discriminating.”

Germany plays host to small numbers of forces from other NATO countries, which could account for some of the 460 total reported by the Kusel office.

Still, the issue extends well beyond that area.

In Rheinland-Pfalz, state lawmakers Marlies Kohnle-Gros and Marcus Klein have called for a higher-level examination into why so many Americans are getting targeted for taxes.

The state government, in a recent response to the lawmakers’ questions about the scope of the tax problem, offered no sign that it was ready to intervene. It acknowledged there has been an increase in tax cases against American military personnel, a statement to the lawmakers that was provided to Stars and Stripes said.

Local tax offices have been “sensitized” on the issue, the statement said. But the government did not clarify whether they’ll continue the increased collection efforts.