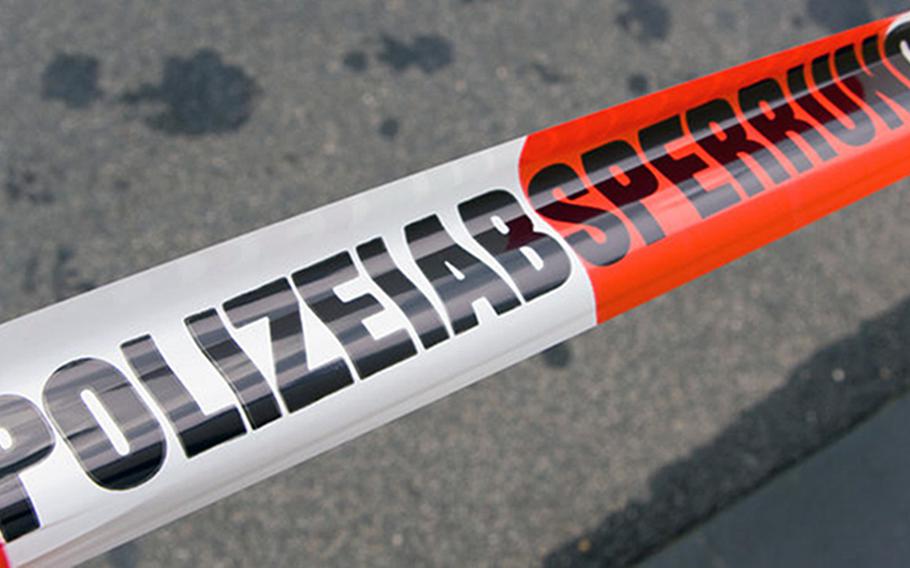 The fourth suspect has been arrested in connection to an attempted robbery of an American living in Landstuhl. (Courtesy of the German police)

STUTTGART, Germany — German police have arrested a fourth suspect in connection with the Feb. 10 attempted robbery of an American family in Landstuhl that left one man dead after the father fended off an attacker with a kitchen knife.

The fourth suspect, apprehended in the city of Darmstadt, is a 33-year-old French citizen, prosecutors said Monday. Two other suspects — both brothers of the man who died of stab wounds following the break-in — already are in custody and have been charged with attempted robbery.

“Part of the investigation also is to find out how the fourth suspect is related to the brothers already jailed,” the Zweibruecken prosecutor’s office said in a statement.

Meanwhile, prosecutors said they continue to investigate the circumstances surrounding the attempted robbery and whether the American acted in self-defense or used excessive force. German authorities did not say when they expected to conclude their investigation of the 41-year-old American, who works as an Army civilian.

In an interview with Stars and Stripes days after the attack, the American described a violent encounter in which he was forced to fight for his and his family’s life.

The confrontation began when the father opened his front door on a Sunday evening and four men forced their way in. The American fought off three of the men and managed to push them back out the door, which locked shut. But one man slipped past and ran upstairs, where the man’s wife and three children were hiding.

While the father fought, he heard his wife’s screams. At one point, the invader had pinned the wife down and was smothering her with one hand on her neck, the American said.

After forcing the other three men out of the house, the father grabbed a kitchen knife. As he charged up the stairs, he collided with the robber and the two scuffled. The American said he thought he had stabbed the intruder three times.

The culprit then fled and made it out the door. Police said the invaders drove away but stopped in the nearby village of Krickenbach. They laid the 43-year-old injured man on the sidewalk. One of the suspects, the older brother of the injured man, asked a witness to call for medical help, officials said.

The wounded man died at the scene from blood loss related to puncture wounds, investigators said, citing an autopsy result. His 51-year-old brother was arrested and charged with attempted robbery and another brother was arrested days later. The men are German nationals, the police said.

Police said the arrest of the fourth suspect was the result of “intensive investigations.”

There are no indications that the suspects are part of a larger criminal network, Zweibruecken lead prosecutor Iris Weingardt said.