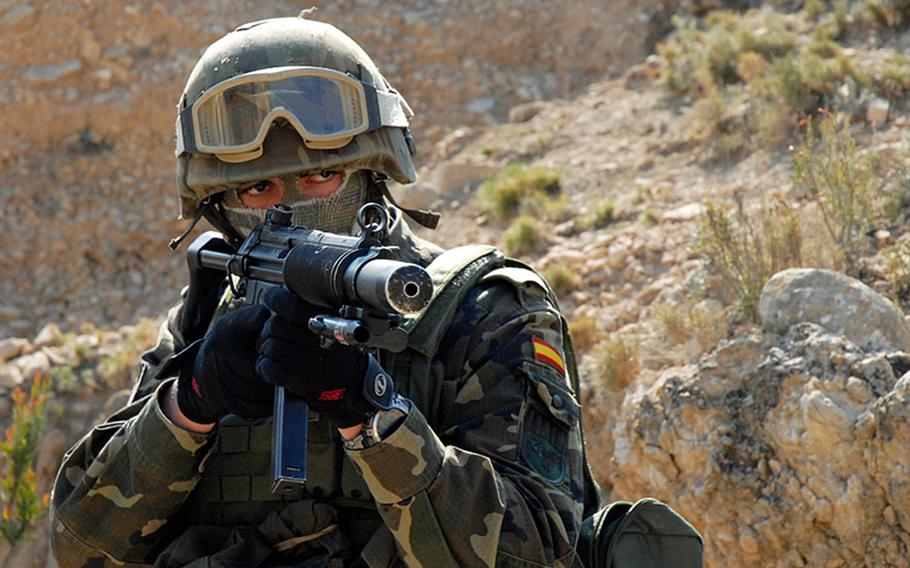 NATO will begin testing the capabilities of a new spearhead unit that has been carved out of the NATO Response Force. The unit, formally known as the Very High Readiness Joint Task Force, was formed in response to Russia's intervention in Ukraine. (Courtesy of NATO)

STUTTGART, Germany — NATO will begin testing the readiness of its new “spearhead” reaction force on Wednesday, marking the start of a series of exercises intended to bolster the alliance’s crisis-response capabilities.

Noble Jump, a 10-day drill in the Netherlands and the Czech Republic, will focus on mobilizing NATO’s new quick-response team, formally known as the Very High Readiness Joint Task Force. The high-readiness unit will practice responding to rapid “orders to move,” under the new VJTF framework, NATO says.

“As such, this event represents a learning process that will allow NATO military staff to identify both successes and shortfalls during the early stages of the development process,” NATO’s Supreme Headquarters Allied Powers Europe said in an advisory.

The spearhead unit, which has reached interim capability and will eventually include some 5,000 troops, is a collection of forces that can respond to a crisis within 48 hours. It is part of the alliance’s larger NATO Response Force, which is expected eventually to double in size, reaching a force level of 30,000 troops.

The establishment of a spearhead force and an expanded overall NATO Response Force is part of an effort to bolster NATO capabilities in the wake of new security challenges, such as Moscow’s more aggressive military since last year’s revolution in Ukraine.

The spearhead force is designed to enable NATO to deploy troops during the early stages of a crisis. In particular, it could be helpful in countering irregular “hybrid” operations, such as the deployment of troops without national insignia or other infiltrators to create unrest, NATO officials have said.

The West has accused Russia of employing such techniques in eastern Ukraine, where pro-Russian separatists have been at war with the Ukrainian military for the past year.

Moscow has denied providing support to the separatists, though it has admitted — after initial denials — that it sent its own troops into Crimea, which it annexed last March.

NATO’s other spearhead force exercises this year include one in effort in Poland in June, followed by Trident Juncture, a large NATO multinational exercise that will begin in October and will include some 25,000 troops spread across Italy, Spain and Portugal.