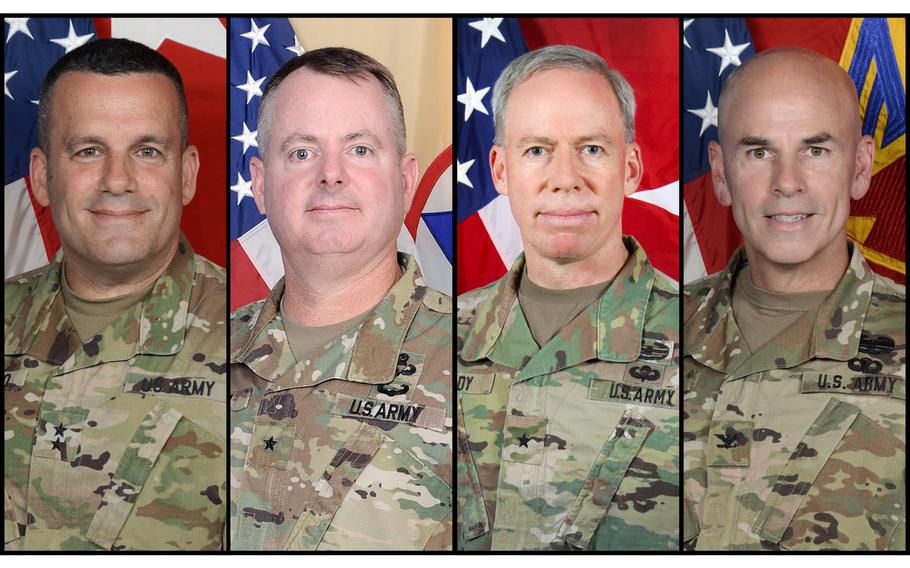 KAISERSLAUTERN, Germany — The Army’s missile defense command in Europe is being upgraded to a one-star command after recently announced personnel changes go into effect later this year, the Army said.

Brig. Gen. Gregory J. Brady was appointed commanding general of the 10th Army Air and Missile Defense Command in Germany, according to a statement issued Tuesday by the Defense Department.

Brady, currently the commanding general of the White Sands Missile Range in New Mexico, replaces Col. David E. Shank, who took command of the 10th AAMDC in June 2017. Brady’s appointment was announced Tuesday by the Pentagon.

No reason has been publicly given for the upgrade, but the Army has recently placed additional focus on updating its air defense systems in Europe. In November, the 5th Battalion, 4th Air Defense Artillery Regiment, a subordinate unit of the 10th AAMDC, was activated at Shipton Barracks in Ansbach, Germany. The 5-4 ADA is comprised of five battery-level Short Range Air Defense units.

Meanwhile, Maj. Gen. Steven A. Shapiro, commander of the Kaiserslautern-based 21st Theater Sustainment Command, has been tabbed to lead the U.S. Army Sustainment Command at Rock Island, Ill. Brig. Gen. Christopher O. Mohan, currently deputy chief of staff for logistics and operations, U.S. Army Materiel Command, Redstone Arsenal, Ala., will take over for Shapiro. Although no official date for the handover has been set, it is expected sometime this summer.