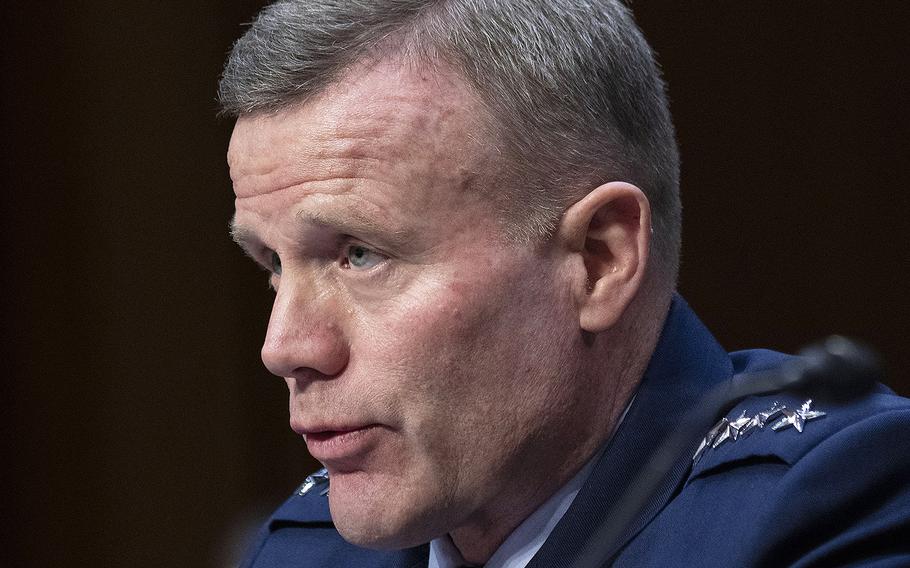 STUTTGART, Germany — The top military officer in Europe said his command is preparing for a “worst-case scenario” that would require troop reinforcements in connection with the fast-spreading coronavirus, which he said has infected 35 U.S. troops on the Continent.

About 2,600 U.S. personnel fall into the category of “concern,” meaning that they are self-isolating because of travel or illness, U.S. European Command’s Gen. Tod Wolters told reporters Friday in a news conference.

“We don’t know exactly what the future holds,” Wolters said. “Can we do this in perpetuity? We would be challenged. But we are preparing for worst-case scenarios with respect to the potential spread.”

Such a scenario would mean that EUCOM could no longer maintain its current level of combat readiness because of infections and would need U.S. military reinforcements from elsewhere, Wolters said.

“At this point, we don’t forecast that to occur. But conditions in the environment will dictate that in the future,” Wolters said.

In all, about 60 in Europe, including U.S. service members, military civilians and family members have tested positive for the coronavirus, EUCOM said.

The Army garrison in Stuttgart, which also hosts Wolters’ EUCOM headquarters, had 21 confirmed infections as of Friday, which is more than any other overseas military installation. Among the infected are troops, civilians, contractors and military family members, including at least one child.

As of Friday, the Defense Department reported 67 troops with infections, one of whom is hospitalized. In addition, there are 14 civilians, 26 dependents and 16 contractors infected.

Wolters said he has spoken by phone with some of his personnel who have contracted the virus, which has forced the military to scale back numerous exercises, including its large Defender Europe-20 drill.

Those who have tested positive and others in self-quarantine “remain in good shape,” Wolters said.