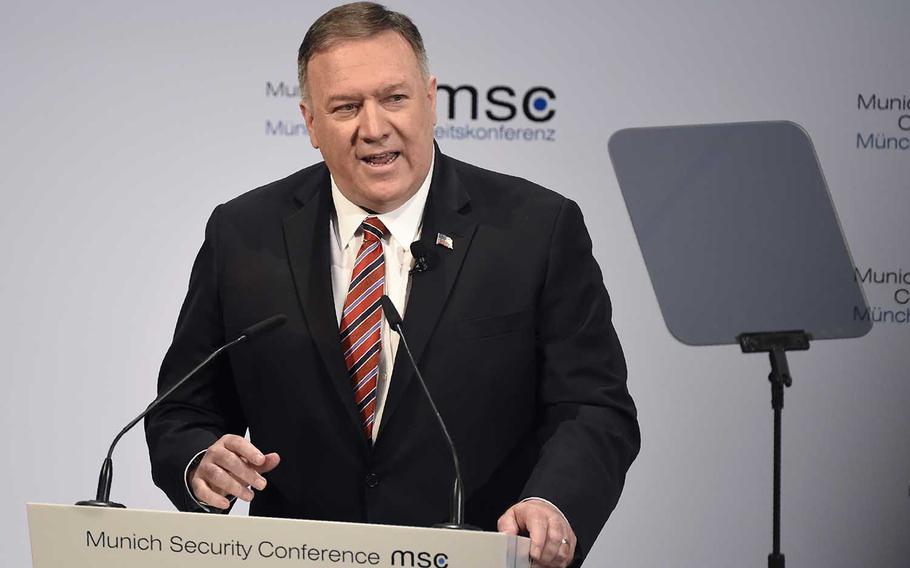 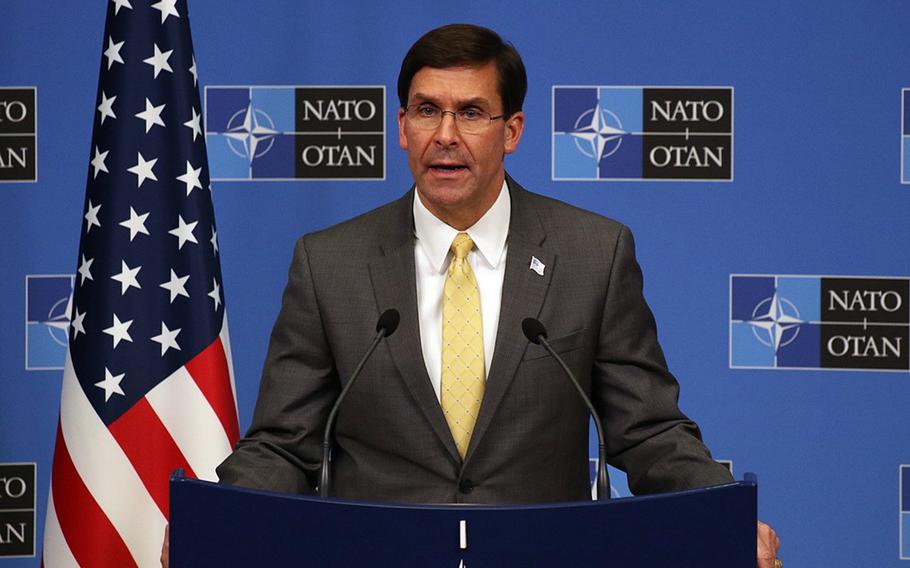 Secretary of Defense Mark Esper speaks to the media following a two-day meeting of NATO defense ministers at the alliance's headquarters in Brussels, Belgium, Feb. 13, 2020. (U.S. Mission to NATO/Twitter)

Defense Secretary Mark Esper on Saturday issued a stark warning that allies in Europe must “wake up” to the threat posed by China’s rapid military advances, which will eventually make Beijing “the preeminent global military power.”

"It is essential that we, as an international community, wake up to the challenges presented by China's manipulation of the long-standing international rules-based order,” Esper told an audience of global leaders at the annual Munich Security Conference.

Esper railed against China for intellectual property theft and using its economic heft as leverage against countries large and small. Esper also emphasized that when it comes to U.S. military strategy, countering China comes before all else.

“By 2035, the PRC intends to complete its military modernization, and by 2049, it seeks to dominate Asia as the preeminent global military power,” Esper said.

Dealing with China’s rise has been a focal point for the Pentagon. Washington has urged allies to take a tougher stance against Beijing and resist its attempts to extend influence in Europe with 5G technology that Washington says poses a security threat.

In Munich, Esper and Secretary of State Mike Pompeo faced an audience with many skeptics who are worried about a weakening connection between the U.S. and Europe.

The angst was underscored by the theme of this year’s conference — “westlessness” — a word coined by organizers to describe a general sense of confusion among countries about how to deal with issues like the rise of China.

“Western societies and governments appear to have lost a common understanding of what it even means to be part of the West. … it appears uncertain whether the West can come up with a joint strategy for a new era of great-power competition,” said the Munich Security Report, released as talks began.

Pompeo pushed back against the idea of “westlessness,” or a decline in American commitment to Europe. Pompeo rattled off a series of quotes in recent years made by European leaders claiming a crisis in the trans-Atlantic relationship.

He said the claims “don’t reflect reality.” “The death of the trans-Atlantic alliance is grossly exaggerated,” Pompeo said. “The west is winning.”

Pompeo cited the U.S.’s upcoming Defender Europe exercise, one of the largest military drills on the continent since the Cold War, as an example of American backing of NATO.

Regarding Iran and China, “there is a common understanding about the threat,” Pompeo said, but he acknowledged there are tactical differences in how to deal with those threats.

What isn’t clear, however, is if the U.S. can bring key European countries over to its side in challenging China. The German economy relies heavily on exports to China and could be wary about taking a hard line on issues such as banning 5G Chinese technology for fear of economic repercussions.

In Munich, Macron said Europe should be more independent from the U.S. or at least find its own way to deal with emerging challenges like China. “My vision is a more sovereign and united Europe,” Macron said. “We are at a moment of truth for Europe.”

Unlike Pompeo, Macron also was more worried about the cohesion of the West itself, which he said is under threat from within.

“We can see that there is a certain weakness of the West,” Macron said. "The values have changed, and new powers have risen."

For Esper, the Munich Security Conference wrapped up a week in Europe that began earlier with a meeting of defense ministers at NATO headquarters in Brussels. While Russia has traditionally been the focal pint for allies in Europe, China’s global ambitions demand attention, Esper said.

“The Chinese Communist Party is heading even faster and further in the wrong direction — more internal repression, more predatory economic practices, more heavy-handedness, and most concerning for me, a more aggressive military posture," Esper said.