DUI rules and punishments also apply to e-scooters, US troops in Germany told 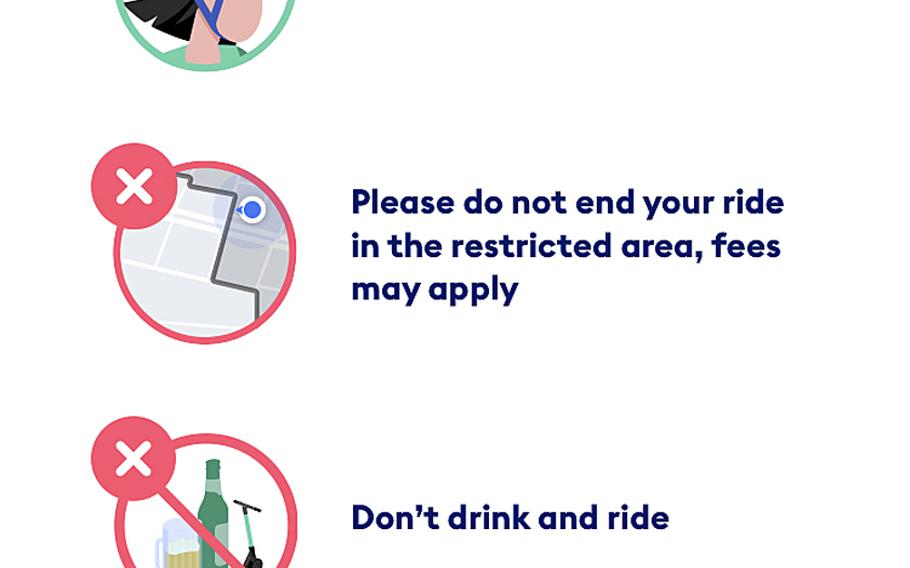 A screenshot from the Tier app that allows users to rent electric motorized scooters warns riders to wear helmets and avoid drinking and riding. (Chad Garland/Stars and Stripes)

A screenshot from the Tier app that allows users to rent electric motorized scooters warns riders to wear helmets and avoid drinking and riding. (Chad Garland/Stars and Stripes) 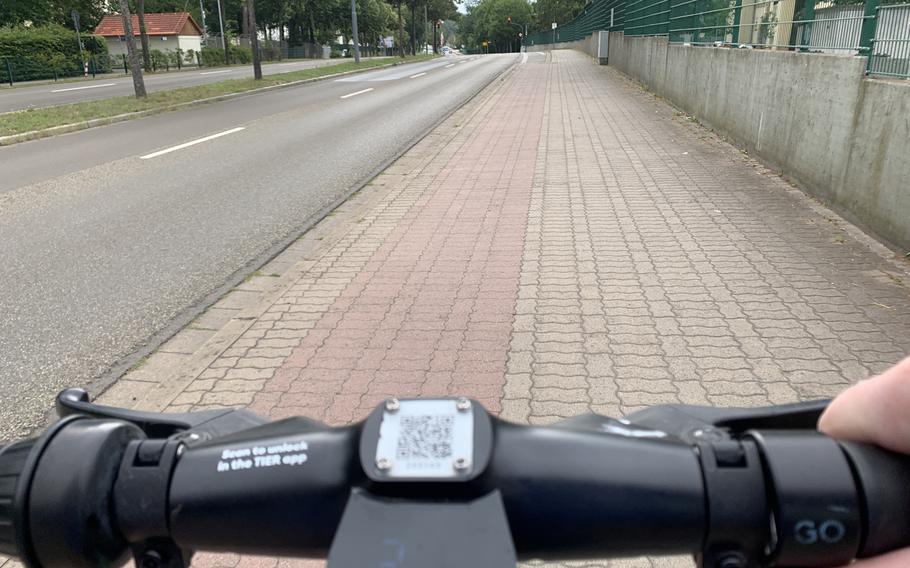 A rented electric scooter is pictured on Tuesday, June 30, 2020, zipping past Kleber Kaserne in Kaiserslautern, Germany, at 20 kph or nearly 12.5 mph. (Chad Garland/Stars and Stripes) 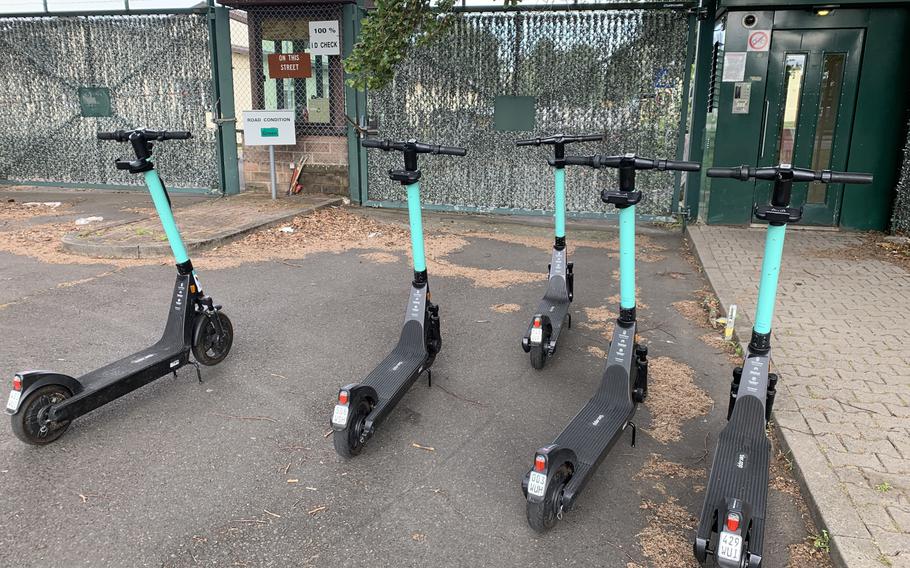 Electric motorized scooters stand outside the gates of Kleber Kaserne in Kaiserslautern, Germany, on Tuesday, June 30, 2020. Riding an e-scooter under the influence can be costly in terms of civilian and military punishment. (Chad Garland/Stars and Stripes)

GRAFENWOEHR, Germany — As coronavirus restrictions are eased in Germany and people venture back into bars and restaurants, U.S. troops are being warned against driving under the influence — including on the rentable electric scooters that have become ubiquitous in some cities.

“Under host-nation law and garrison policy, DUI on a motorized scooter is the same as in a vehicle,” said Jason S. Tudor, a spokesman for U.S. Army Garrison Rheinland-Pfalz, which is home to Kaiserslautern and the biggest overseas U.S. military community.

E-scooters that can be rented with a smartphone app began appearing in Kaiserslautern in January, a few weeks before coronavirus restrictions forced many people to stay home.

Since the scooters were introduced, there have been two cases of soldiers in the Rheinland-Pfalz area who have been charged with DUIs while operating one, Tudor said. There was also an e-scooter incident in 2019 involving excessive alcohol consumption and “a couple” of soldiers from the 2nd Cavalry Regiment, based in the town of Vilseck in Bavaria, regiment spokesman Maj. John Ambelang said.

The soldiers in Rheinland-Pfalz were charged under German laws and punished under the Uniform Code of Military Justice, Tudor said.

“Punishment for DUI is levied by the soldier’s command, which can include a wide range of actions,” Tudor said. “Commanders, supervisors and leaders across the garrison provide continuous emphasis about the responsible use of alcohol and safe operation of any vehicle.”

In Vilseck, the regiment “immediately reinforced to everyone” that operating an e-scooter while impaired is against the law, Ambelang said.

Under German law, a blood alcohol level of 0.05% is considered DUI for most people and subject to a fine and other punishments. Commercial and new drivers in Germany are banned from consuming alcohol altogether before driving. The law applies to users of e-scooters, as well as cyclists and motorists.

In Kaiserslautern, a person caught driving an e-scooter while under the influence could have their driver’s license suspended, police spokesman Bernhard Christian Erfort said.

“Police can also confiscate the e-scooter” if it belongs to the person using it, he said. If it’s a rented scooter, the police can impound it before returning it to the company that operates the service, he said.

Up to now, though, there have been relatively few incidents involving e-scooters and service members in Rheinland-Pfalz or Bavaria, officials said.

While the military has not restricted troops’ use of e-scooters, service members are repeatedly told that “operating these devices while under the influence is illegal,” Ambelang said. “2CR has not had a DUI on an electric scooter or similar device since the incident in 2019.”

Stars and Stripes reporters Chad Garland and Marcus Kloeckner contributed to this article.