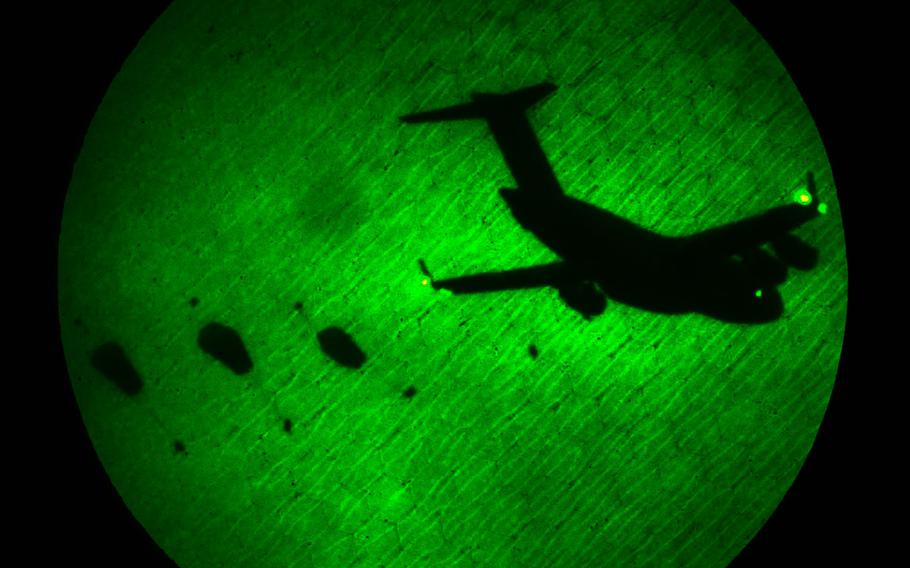 “The airborne jump was immediately suspended in order to attend to the paratrooper,” USAREUR told Stars and Stripes. “All casualties were immediately transported to local hospitals where one was pronounced dead, one was admitted for further evaluation, and two were treated and released.”

Two of the injured soldiers were American and the third was Canadian, USAREUR said.

Canadian authorities are investigating what went wrong during the jump that killed Labrie. The Canadians and Americans jumped from separate planes.

Labrie was a six-year veteran of the Canadian military, serving with the 2nd Regiment of the Royal Canadian Horse Artillery, according to the Toronto Sun. He was described by the unit’s commander, Lt. Col. Dan Matheson, as a “proud gunner” who could “fill a room with his presence,” the newspaper reported.

The accident happened during the Army’s Swift Response exercise, in which around 7,000 allied troops, including soldiers from the 82nd Airborne Division, are taking part.

Swift Response is taking place at locations in Bulgaria, Croatia and Romania from June 11-24. Led by the U.S. Global Response Force, it’s designed to demonstrate U.S. European Command’s ability to deploy high-readiness forces to an emergency, while allowing airborne allies to train together.

It’s one of several exercises taking place this summer in the Balkans and Black Sea region in southeastern Europe, where tensions have risen in recent years following the annexation of Crimea by Russia in 2014 and the ongoing conflict that ensued in eastern Ukraine.