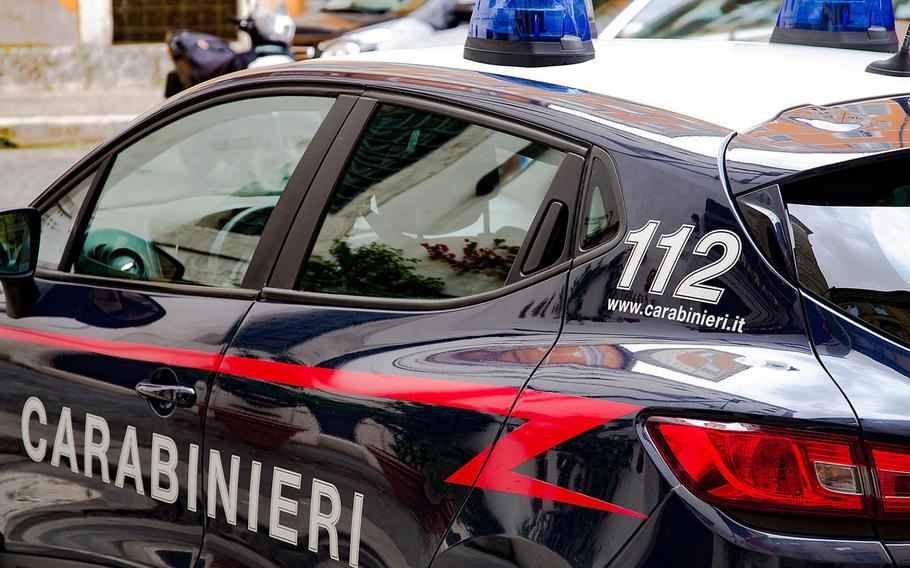 Italian Carabinieri officers pulled over a U.S. soldier twice last weekend in a span of about three hours on suspicion of driving under the influence near Aviano Air Base, according to multiple Italian media reports. (Djedj/Pixabay)

AVIANO AIR BASE, Italy — A U.S. soldier who was pulled over by Italian Carabinieri twice in the same night for suspected driving under the influence faces a potential fine of more than 8,000 euros, media reports said.

The 21-year-old unnamed soldier also may lose his driving privileges in Italy and have to pay additional penalties after being charged with DUI and cited for other infractions.

He was first pulled over in Aviano a little after 10 p.m. Friday, according to reports by Messaggero Veneto and Il Gazzettino. He refused to take a test for alcohol and so his driver’s licenses were confiscated in line with Italian law. A 24-year-old passenger, also a soldier, then drove the vehicle away.

About three hours later, the Jeep Wrangler was again pulled over by Carabinieri in Polcenigo with the 21-year-old driver — now unlicensed — behind the wheel, according to the reports. He again refused to take a test for alcohol and the car was impounded.

Both soldiers are members of the 173rd Airborne Brigade assigned to Aviano, said Maj. Chris Bradley, a brigade spokesman. He wouldn’t comment on the allegations in the reports due to ongoing investigations by U.S. and Italian authorities.

The events as portrayed “do not reflect our standards, and we will take appropriate action upon the completion of the investigation,” Bradley said. The two soldiers involved “are currently under the supervision of their unit leadership.”

Asked if the U.S. would seek jurisdiction under the Status of Forces Agreement, Bradley said: “We are cooperating fully with the Italian Carabinieri and will follow all established legal procedures regarding custody of the case.”

Both soldiers were fined 400 euros for violating Italy’s 10 p.m. to 5 a.m. curfew designed to combat the coronavirus pandemic, according to media reports. The only exceptions for travel during that period are for work or medical reasons. It was unclear if they were fined for each incident.

The driver also faces a fine ranging between 2,046 and 8,186 euros for driving without a license, an online report by Messaggero Veneto said. DUI penalties may also include substantial fines and jail time. And fees must generally be paid for getting vehicles back from impound lots and towing services.

Also last week, Italian national wire service ANSA reported that police broke up a party in Sacile on Friday night involving multiple American service members, some of which were cited and fined by police for violating coronavirus protocols.

Six individuals who didn’t live at the residence were found after initially hiding, the report said, and several others were believed to have left before police arrived.