Aviano airman's death was from coronavirus, family and friends say 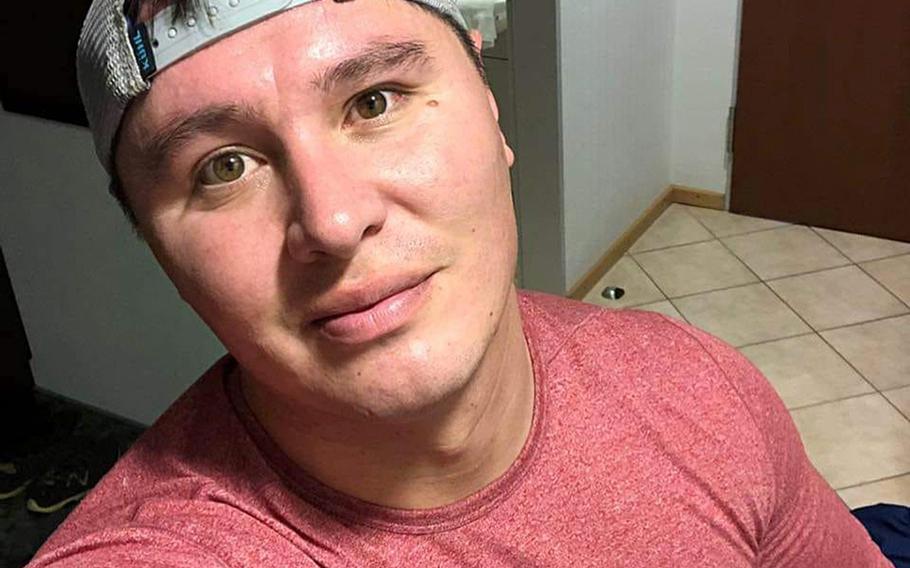 A U.S. airman based in Italy has died because of the coronavirus, family and friends say, which would mark the first active-duty death in the Air Force and the fourth such death among active-duty service members.

Morris, of Cass Lake, Minn., was not hospitalized when he died in Cordenons, a town near Aviano Air Base, service officials said Friday.

“The Airmen of the 31st Aircraft Maintenance Squadron at Aviano are deeply saddened by this loss,” squadron commander Maj. Christopher Clark said in the statement Thursday. “Mike was well known and highly respected in our community. He was a friend to many and we’ll miss him dearly.” The statement provided few details about the death. But in a Facebook post on Thursday, his mother-in-law said he was “taken away from us by the COVID-19 virus.”

“A sad day for our family,” wrote Marilyn Miller. "Prayers to my daughter Amanda and their 3 children Matehya, Brayden, and Makenna. May we all have strength to overcome such an enormous loss. He was due to come home soon. We loved him very much. May God bless everyone.”

David Villier, who called Morris a friend, said it “happened to the wrong person.”

Villier was in disbelief that the virus claimed the life of someone in his own age group, he said in a later post, and cautioned his friends of the same age to “be careful please.”

Morris joined the Air Force in 2006, Aviano officials said. The base did not immediately provide information about Morris’s service history, deployments or military decorations, but Air Force photos from 2015 show he deployed at least once to Afghanistan, where he served as a rescue helicopter crew chief.

At Aviano, Morris appears to have been with the 56th Helicopter Maintenance Unit. Some the many Air Force veterans who changed their Facebook profile photos to honor Morris posted images of the unit’s crest along with green footprints and a black ribbon reading “That Others May Live,” the symbol and motto of the service’s pararescue community.

Morris is the 16th service member to die from complications of the disease. All but three of the others were serving in the reserve or National Guard components.

Morris is the second active-duty coronavirus-related death in Europe. Army Staff Sgt. Setariki Korovakaturaga, 43, died in Germany last month while being rushed to a hospital.

The first active-duty service member to die of complications from the disease was Chief Petty Officer Charles Thacker, 41, who died in Guam in April.

Thacker was assigned to the aircraft carrier USS Theodore Roosevelt, which pulled into port in Guam for an extended stay after being stricken with an outbreak among its crew that infected more than 1,100 sailors.

Since the pandemic broke out early last year, over 122,000 service members have tested positive for the virus, Pentagon data shows. Nearly 1,000 were hospitalized and close to 80,000 had recovered as of Wednesday.

There have been more than 22,000 cases among Air Force military personnel. Morris’ death had not yet been recorded on the Defense Department’s coronavirus website early Friday.

“Our heartfelt sympathies are with the Airman’s family, friends and co-workers,” said Brig. Gen. Jason E. Bailey, 31st Fighter Wing commander. “Our priorities are honoring Mike’s life and supporting those affected by this death.”