As coronavirus infections surge in Italy, Germany, cases are reported at DODEA schools 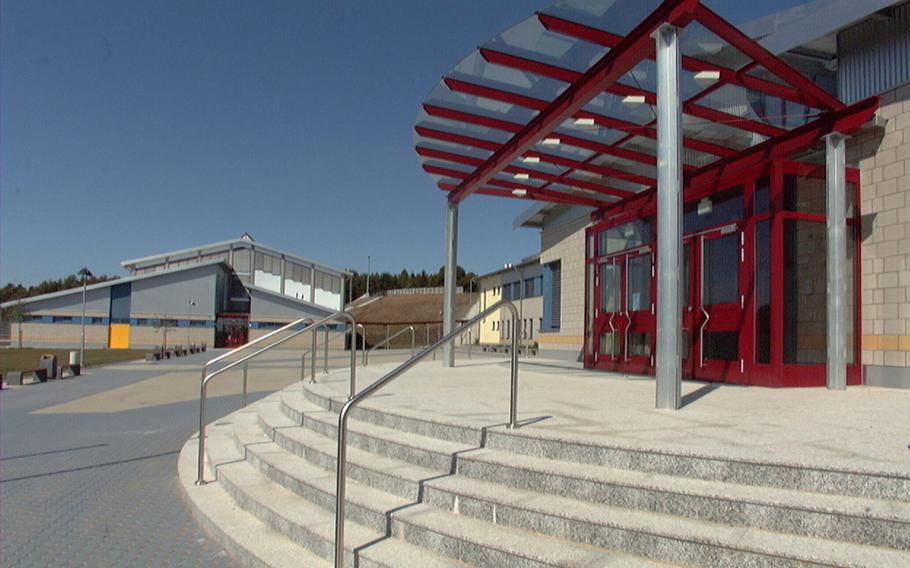 Buy Photo
Hohenfels Middle/High School was one of three U.S. military schools in Italy and Germany where coronavirus cases were reported the week of Oct. 26, 2020, officials said. The cases in the military schools came as the Italian government imposed the most severe restrictions against the virus since months of a nationwide lockdown were lifted in June, and Germany saw a record 14,964 new infections in a day. (Stars and Stripes)

KAISERSLAUTERN, Germany — Students and staff at four schools in U.S. military communities in Germany and Italy may have been exposed to the coronavirus, officials said this week as the two European countries that are home to thousands of American military personnel scrambled to contain the rapidly resurging virus.

A student at Hainerberg Elementary School in Wiesbaden tested positive this week, though public health officials did not deem it necessary to close the school, Smith said.

Kaiserslautern High School will be closed Thursday after someone at the school tested positive for the virus, principal Jason James said in a letter sent to parents.

A contact tracing effort was completed at Aviano Air Base in northern Italy Wednesday after a member of the school community there tested positive for the virus, officials said.

“Anyone who may have come into contact with the DoDEA COVID-19 individual has been contacted by Public Health and provided guidance on quarantine and testing procedures,” Maj. Sarah Babcock, spokeswoman for the 31st Fighter Wing, told Stars and Stripes after contact tracing had been completed Wednesday.

Bars, restaurants and some shops will close for at least a month starting Monday, large events will be canceled, and unnecessary travel should not be undertaken, Merkel told a news conference after meeting with the leaders of Germany’s 16 states. But schools and child-care facilities will remain open, she said.

At Aviano, the families of students who were in contact with the infected person also might have to quarantine, school officials said in a letter sent to parents on Tuesday.

But because the person contracted the virus off school grounds, Aviano’s schools remained open and students reported for class Wednesday, the letter said.

During the two days that the school was closed, public health officials completed contact tracing and the school was cleaned and disinfected, Smith said. The school was scheduled to reopen Thursday, principal Lauri Kenney said in a letter to parents this week.