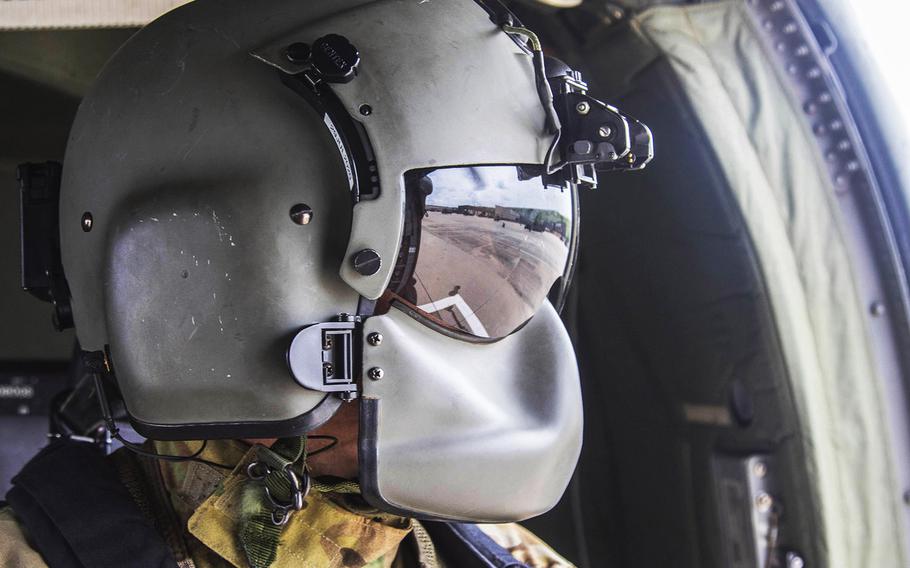 The unit, based at Fort Riley, Kan., will replace the 101st Airborne Division’s 101st Combat Aviation Brigade in a regular rotation of troops, the Army said in a statement. The 101st CAB will return to its home station at Fort Campbell, Ky., after completing its about nine-month deployment.

1st CAB, part of the 1st Infantry Division, will support Operation Atlantic Resolve operations throughout Eastern Europe, with most of the brigade’s troops and helicopters based in Germany and smaller units deploying to Latvia, Romania and Poland. Atlantic Resolve is the U.S.- and NATO-led mission to work alongside allied militaries to dissuade Russian aggression. The operation was first launched in 2014 in the wake of Russian intervention in Ukraine, including its annexation of the Crimea.

The rotation is a return to the Europe-focused mission for 1st CAB. It completed a similar nine-month tour in November 2019. During that deployment, 1st CAB soldiers flew some 14,000 hours, worked with partners from 21 nations and supported nine large-scale exercised in Europe, according to the Army.

The brigade’s commander, Col. Bryan Chivers, said his soldiers were excited to return to Europe.

“We look forward to strengthening our long-standing partnership with our allies and partners, reaffirming the United States’ commitment to NATO,” he said in a statement.

The upcoming deployment will be among the first major rotations under the Army’s newly combined headquarters for its forces in Europe and Africa. In November, the Army realigned its command responsible for overseeing personnel and operations in U.S. Europe Command and U.S. Africa Command under one four-star general.

Despite that change, the Army said 1st CAB’s focus during its deployment will remain on operations in Europe.