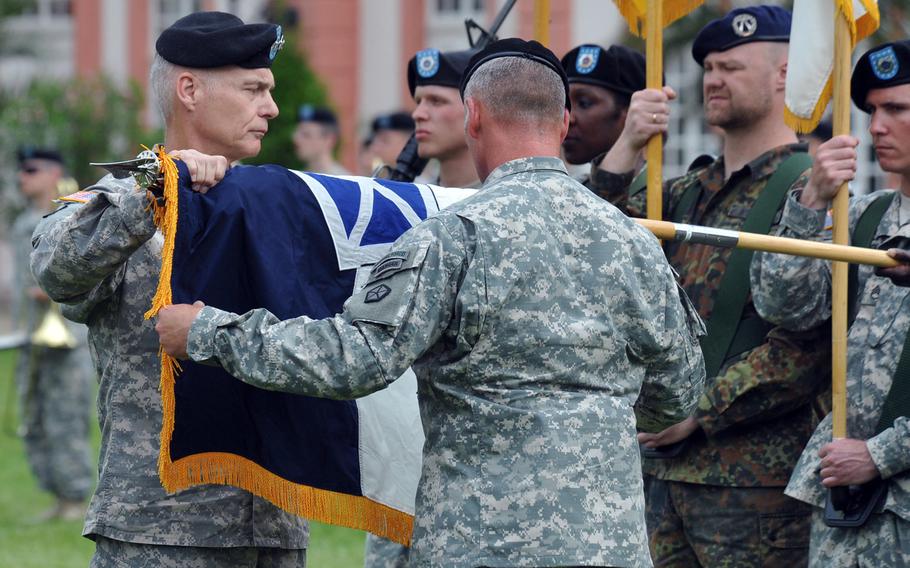 The U.S. Army has reactivated V Corps, a unit of 635 soldiers that will bring more command and control support to missions in Europe, the service announced Tuesday.

The unit will be based at Fort Knox, Ky., and will include a command post in Europe that will be supported by 200 rotational troops.

The location of the Europe post hasn’t yet been announced. The headquarters is expected to be operational by the fall, the Army said.

The corps was inactivated in 2013 as part of an Army force reduction in Europe.

However, over the past five years as the Army has expanded its mission on the Continent in connection with Russia’s forced annexation of Ukraine’s Crimean Peninsula and concerns about other aggressive moves directed at NATO allies and partners.

“The activation of an additional Corps headquarters provides the needed level of command and control focused on synchronizing U.S. Army, allied, and partner nation tactical formations operating in Europe,” said Gen. James McConville, chief of staff of the Army, said in a statement.

The move came after a U.S. European Command request, the Army said.

The corps’ history dates back to 1918, when the unit was activated during World War I. It activated again for World War II. It was a fixture in Europe during the Cold War and later supported the Army during the wars in Iraq and Afghanistan.