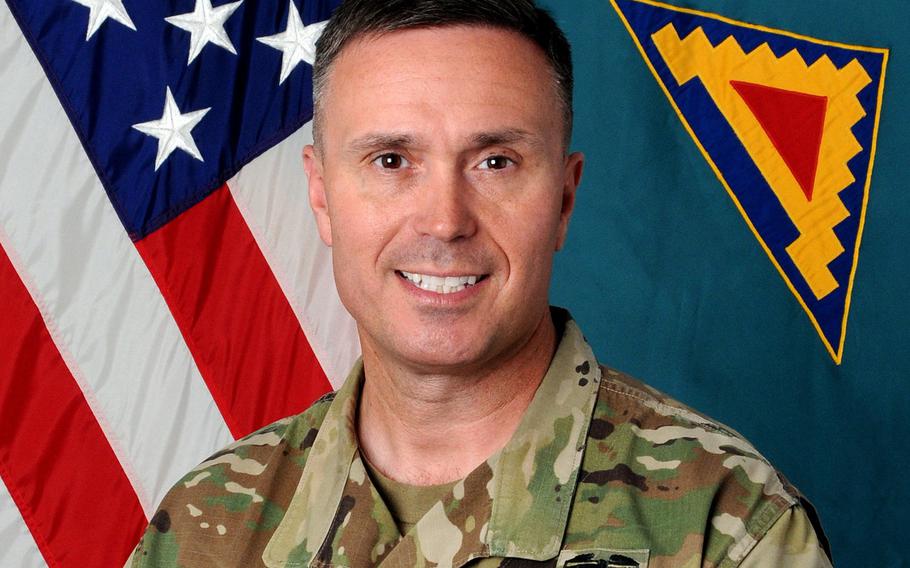 Brig. Gen. Christopher Norrie, commander of the 7th Army Training Command in Grafenwoehr, Germany, warned that those who violate coronavirus-related rules would face consequences, following official reports of an American employee of the Edelweiss Lodge and Resort violating a quarantine order and spreading the virus at local bars. (U.S. Army)

STUTTGART, Germany — Worries of a large-scale coronavirus outbreak in a Bavarian alpine vacation town that hosts a U.S. military resort eased this week after test results showed few cases directly connected to an American who flouted quarantine for a night of bar hopping, officials said.

Three of the 56 active cases in the Garmisch-Partenkirchen district were traced directly to a 26-year-old Edelweiss Lodge and Resort employee’s night on the town Sept. 8 after she was ordered into quarantine following a coronavirus test the day before, district officials said.

The woman’s quarantine violation caught national attention as health officials administered hundreds of tests and shuttered bars in the district.

Brig. Gen. Christopher Norrie, the Army’s senior officer in Bavaria, said he was encouraged by the results of recent tests but warned personnel that there would be consequences for those who violate rules designed to protect the public.

“We absolutely hold our community members accountable who do not adhere to both the ordinances issued by the state of Bavaria, but also to an Order I’ve issued that sets restrictions above and beyond the Bavarian ordinances,” Norrie said in a statement after meeting with town leaders.

The woman, who has not been publicly identified, was tested for the virus Sept. 7. When local officials contacted her two days later with a positive test result, trace teams learned that she had gone out, officials said.

Of the 56 active cases as of Wednesday in the district, which has about 89,000 people, 25 are employees at Edelweiss. The resort said Monday it would close for two weeks because of the outbreak.

If the woman is found to have willfully violated a quarantine order, she could face a fine of nearly $2,400 under Bavarian law, officials said.

Bavarian Minister President Markus Soeder on Tuesday called the incident “a model case of stupidity” and said that “such recklessness must have consequences” if authorities substantiate the violation.

The Army is conducting its own investigation. While it isn’t clear what action the employee could face for violating quarantine, military commands overseas have banned personnel from bases for doing so.

Within 24 hours, the Army traced, isolated, tested and returned results in concert with Bavarian medical authorities, he said.

As the testing continues, Norrie said while he is encouraged by the results, there is “more work to do.”

“The health and safety of not only our American community, but of the Bavarian communities where we live and work, is our top priority,” he said.

There are more than 50,000 Americans connected to the military in Bavaria, mostly concentrated around Grafenwoehr. To date, more than 25,000 tests have been conducted inside the military community in Bavaria since August, Norrie said.