Army has big spending plans to improve housing in Europe 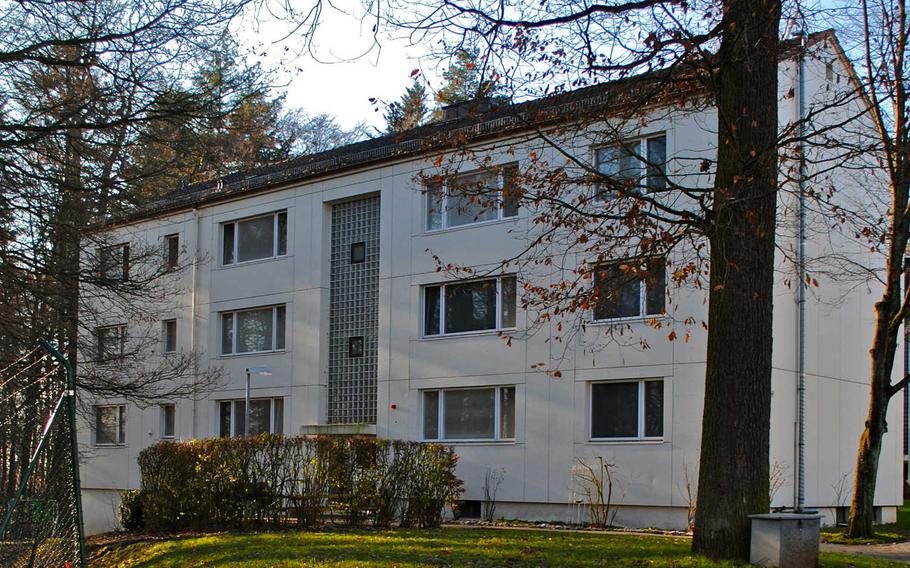 The Army in Europe has more than $1 billion worth of projects planned to improve housing at all of its garrisons, many of which have received poor quality marks in the past year. (U.S. Army )

STUTTGART, Germany — The Army this week said it plans to spend more than $1 billion over the next six years to improve family housing at all its garrisons in Europe, where the service has faced complaints about poor family living conditions.

“All of our efforts to improve housing areas and their dwellings are critical to readiness of our Soldiers and their families,” said Mark Heeter, Installation Management Command-Europe spokesman, in a statement Tuesday.

Housing projects already underway or in the works total $1.2 billion through 2027, according to IMCOM-E. All seven Army garrisons in Europe will benefit from the program, which involves construction on 1,300 new dwellings and improvements at 3,500 existing units that have either been recently completed or tapped for work, IMCOM-E said.

IMCOM-E is touting its efforts ahead of an upcoming Defense Department housing survey later this month that aims to take the pulse of customer satisfaction at installations worldwide.

In recent years, military families, including those in Europe, have sounded off on a wide range of complaints to include mold and spotty hot water service to excessive wait times for basic repairs.

In Europe, an Army survey of residents in June rated Germany and Italy posts as “very poor” and in need of significant improvements.

Results were especially bad for Army-owned housing in Stuttgart, Germany and Vicenza, Italy, which ranked 23rd and 24th, respectively, out of 26 sites where residents were asked to respond to questions about the quality of their accommodation and services.

The Stuttgart community, home to U.S. European and Africa Command, is slated for more than $30 million in major housing renovations, primarily for enlisted families, Heeter said. Other improvements include $10 million for adding balconies and rolling shutters, a common feature in German housing that helps keep homes cool in the summer.

The Army’s garrison in Vicenza, home to the 173rd Airborne Brigade, is slated for $370 million in construction planned for new military family homes of all ranks.

IMCOM-E said it is encouraging residents to voice their concerns at meetings and participate in housing surveys to help Army officials stay on top of problems.

“Across the board, our leaders are focused on making the housing experience for their Soldiers and families positive ones,” Heeter said.