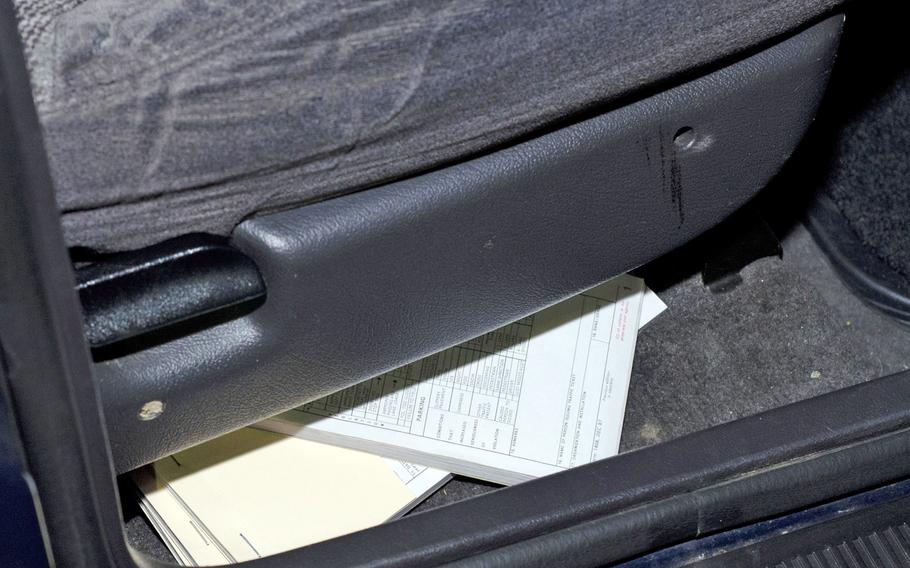 Buy Photo
During a recent patrol, Air Force security members found several unlocked vehicles including this one, which also had a ticket pad from a security forces member at RAF Lakenheath, England, in it. The patrol knocked on the airman's door and warned him his vehicle was unlocked. (Adam L. Mathis/Stars and Stripes)

Buy Photo
During a recent patrol, Air Force security members found several unlocked vehicles including this one, which also had a ticket pad from a security forces member at RAF Lakenheath, England, in it. The patrol knocked on the airman's door and warned him his vehicle was unlocked. (Adam L. Mathis/Stars and Stripes) 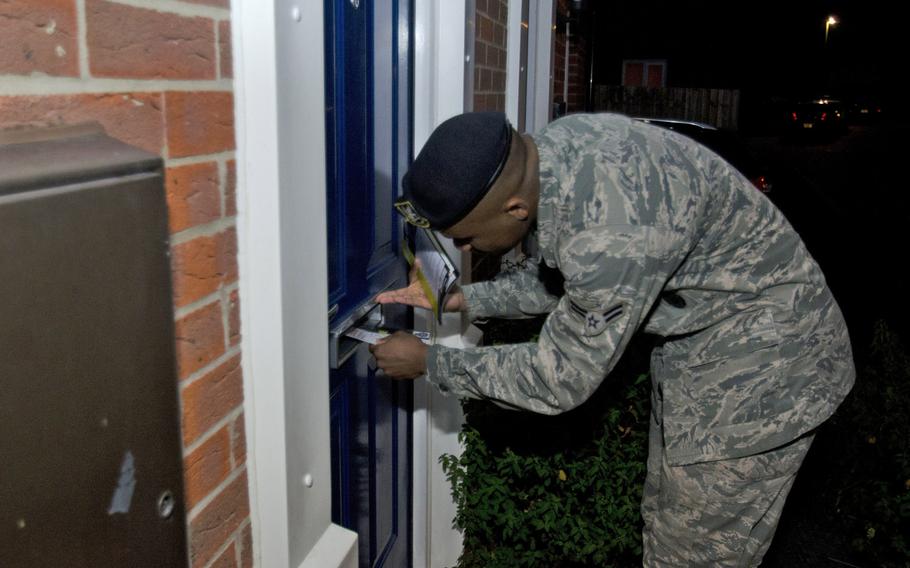 Buy Photo
Airman 1st Class Terence Sanford, with the 100th Air Refueling Wing, stuffs leaflets through a mail slot in a home in Suffolk, Wednesday, Sept. 18, 2013. Members of the patrol provided leaflets to homes in an effort to educate people about crime prevention. (Adam L. Mathis/Stars and Stripes) 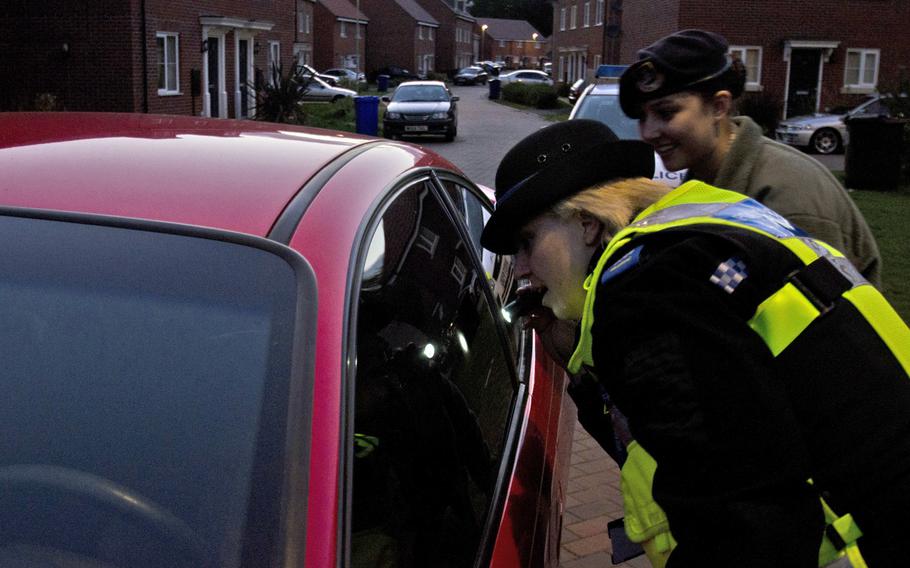 Buy Photo
Anne-Marie Powell, Suffolk police community support officer, and Senior Airman Kiirstyn Williams, with the 48th Fighter Wing, inspect a car in Suffolk, England, Wednesday, Sept. 18, 2013. Their inspection was part of a safety patrol to warn people about the dangers of leaving their vehicles unlocked and leaving valuables on display. (Adam L. Mathis/Stars and Stripes) 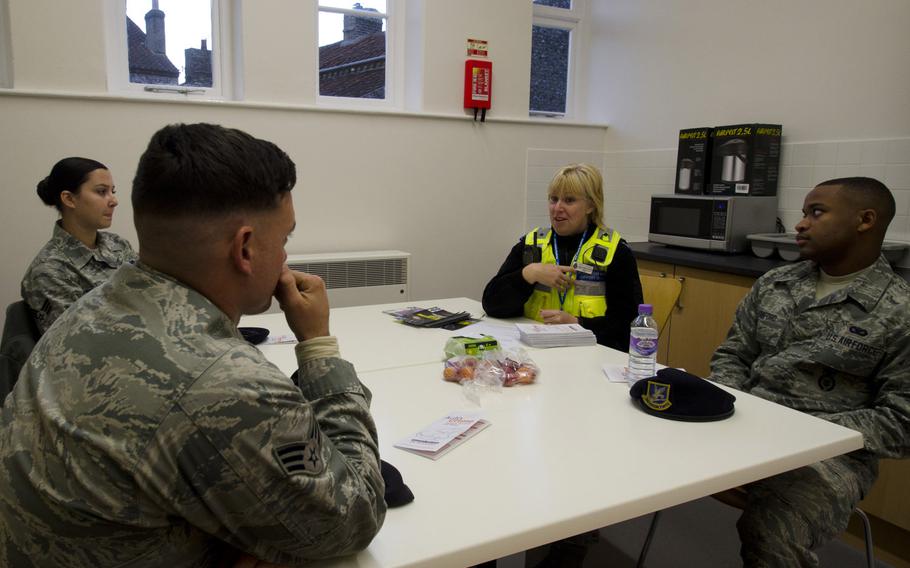 SUFFOLK, England — Air Force security personnel and British police are working together to raise awareness among Americans — who may have a false sense of security in a cozy, relatively safe corner of England — about habits that can keep them from becoming victims of crime.

Americans stationed at the two U.S. bases in Suffolk County are more likely to be victims of thefts from their homes or cars, or to have their cars stolen than their British neighbors, said Inspector Matthew Rose, a local police commander.

Americans might be lulled into a false sense of security by the relative safety of the U.K., Rose said. A national survey of England shows a general decline in crime in recent years, and Rose pointed out that Suffolk, home to RAF Mildenhall and RAF Lakenheath, has the third lowest rate of household crime in the country.

Air Force security personnel and Suffolk police have recently teamed up to conduct “hot-spot patrols” through neighborhoods where Americans live.

On one such patrol earlier this month, Anne-Marie Powell, Suffolk police community relations officer, led a team of four Air Force security personnel into a Suffolk town one evening. The team focused on vehicles belonging to Americans, looking for items of value or bags left in plain view that might attract the curiosity of thieves, and checked to see if cars were locked.

By Powell’s count, the team found six cars out of 57 had been left insecure, and others were found with items sitting on display that might tempt a thief. Such items included an iPhone, part of an Air Force uniform and even a pad used by Air Force security personnel to write tickets on RAF Lakenheath.

Every time the team found a security concern, Powell would track down the residence of the vehicle’s owner and notify them that their vehicle was unsafe. The team also distributed educational materials to homes. Powell did not say how many of the vehicles belonged to Americans.

Suffolk police have been doing patrols like this more or less consistently for years to educate people about safety. “From what I can understand from the Suffolk police officers, having [Air Force personnel] in uniform there sometimes reinforces the message that we’re giving,” said Jackie Norton, a Suffolk crime reduction officer.