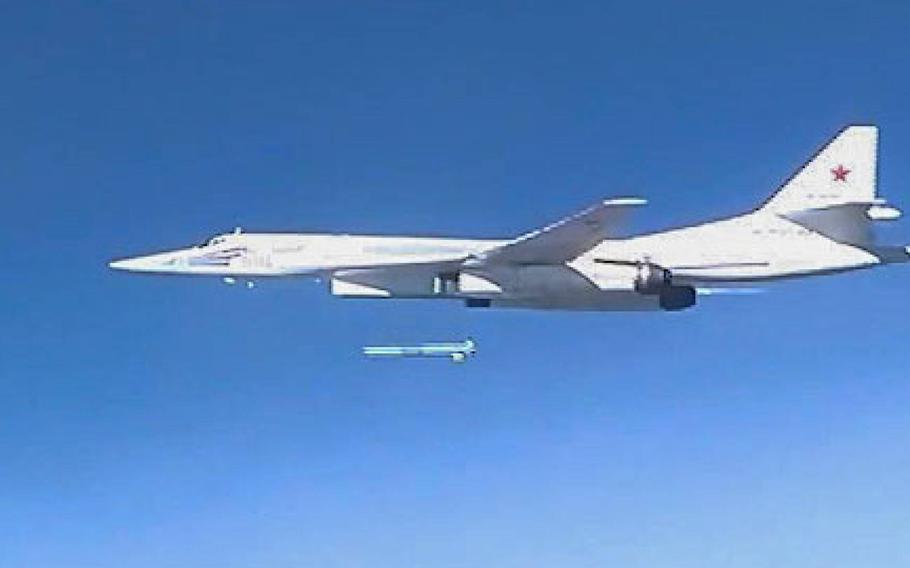 STUTTGART, Germany — The U.S. Air Force wants help defending military bases in Europe from hypothetical attacks by Chinese drones and Russian cruise missiles, and it's willing to pay close to $1 billion to get it.

The service recently put out a $925 million contract notice that calls for bidders to come up with an “Air Base Air Defense” plan for U.S. Air Forces in Europe – Air Forces Africa.

“The USAF is adapting its power-projection and defense concepts to operate under a greater threat of attack,” the service said in its notice.

Specifically, the Air Force wants help from the defense industry to maintain Ramstein Air Base’s defense system, and to develop and deploy air base defense systems for other locations in Europe.

Prospective contractors must factor in a scenario in which a U.S. base in Germany has received multiple intelligence reports of imminent airborne attack threats, the contract notice stated.

Within the first hour of the hypothetical attack, the base experiences 15 separate drone intrusions from the Chinese-made “Da-Jiang Innovations variant” that “have the potential to threaten the base from any direction.” Then within the second hour, the base must prepare for an attack by five Russian-made AS-23A cruise missiles.

“There will be a minimum of 30 seconds between each cruise missile arrival. The cruise missiles will strike various sections of the base,” the Air Force scenario stated.

Concerns about potential missile threats in Europe were brought into focus Saturday, when sirens sounded at Ramstein Air Base with a warning: “Aerial attack, aerial attack, seek cover, seek cover.” The scare on base ended a few minutes later with an all-clear notice.

The siren was in response to a Russian nuclear submarine’s test-firing of four intercontinental ballistic missiles launched from the western Pacific region.

Congress in the 2021 National Defense Authorization Act also has directed the Air Force and Army to jointly develop and carry out a strategy to protect overseas military bases and pre-positioned weapons sites from missile attacks.

Bidders are expected to detail how to contend with such attacks and the various technical systems that would be required.

The contract is intended to “provide the full spectrum” of air base defense capabilities for USAFE-AFAFRICA and its partners throughout the U.S. European and Africa Command areas of responsibility, the notice said. The responsibilities include working with “sensors, kinetic weapons, directed energy (and) emerging technologies.”

The duration of the contract is anticipated to run from May 2021 through May 2031.