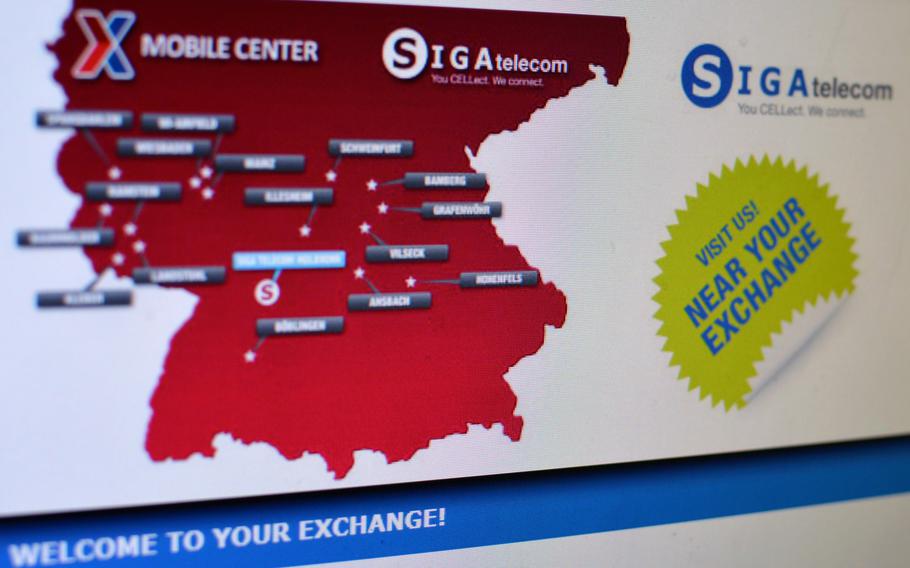 Buy Photo
SIGA, a German telecom company that is an AAFES contractor, has sent out emails to its 27,500 customers in Germany, whose personal data was breached. (Armando R. Limon/Stars and Stripes)

SIGA Telecom, an on-base cellphone concessionaire operating in Germany, is investigating an internal breach of customer information, including names, emails and phone numbers, but company officials said Friday that no financial information was compromised.

SIGA is working with the Army and Air Force Exchange to notify about 27,500 customers who may have been affected, company chairman Ayhan Sentuerk said in a statement.

“We would stress that the investigation is ongoing and that no financial information was released as a result of this internal breach,” Sentuerk said in the statement. “The information remains internal and to date, there is no evidence of fraudulent use of the information.”

“The internal security vulnerability was eliminated promptly after discovery,” he said. “We take the responsibility of protecting our customers’ data very seriously.”

An AAFES official had earlier reported that 98,000 military personnel stationed in Europe were affected, but SIGA officials said that was incorrect, and all those potentially affected were being notified.

After the data breach was discovered, SIGA immediately took systems offline, began an investigation and informed German authorities in an effort to find and prosecute the person responsible, Ward said.

Exchange representatives have met with SIGA executives to review details of the breach and confer on remedial actions, Ward said

SIGA has established a customer hotline: 07131-203-8395, which will be staffed Monday through Friday 9 a.m. to 6 p.m. Customers also can inquire in person at SIGA locations or by email at: customercare@siga24.de.