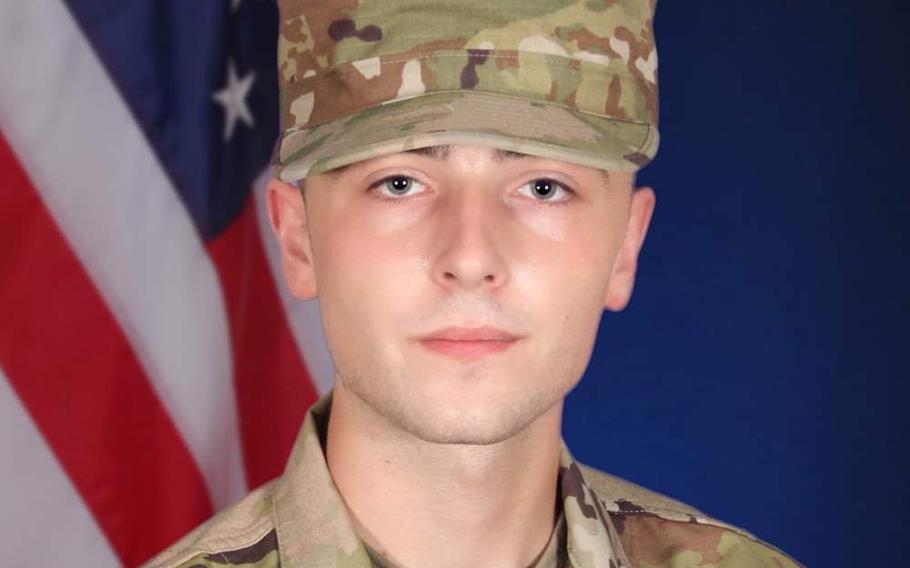 Pfc. Ian N. Morosoff, 19, an infantryman with Company B, 1st Battalion, 503rd Infantry Regiment, died at the scene of his injuries.

Two other paratroopers in the collision were taken to the emergency room and released a few hours later. They were expected to make a full recovery, the brigade said. Neither of the two injured soldiers were identified.

The incident, which occurred shortly after a 10 p.m. curfew in place because of coronavirus restrictions, is under investigation by U.S. and Italian authorities.

It appeared that the SUV had hit a parked car, a light pole and a sign before rolling over and coming to rest on its roof in front of a pharmacy, the newspaper Giornale di Vicenza reported. Although fire and rescue personnel were quick to the scene and worked to revive Morosoff, “there was nothing (they could) do,” the report said.

Capt. David Tarsa, Morosoff’s company commander, said that Morosoff had recently arrived at the company but had an impact through his positive attitude and showed “extreme promise for service as a paratrooper.”

“We pass our sincere condolences to the Morosoff family following Ian’s passing,” Tarsa said in a statement.

“Since the moment he arrived, he conveyed sincere interests in service to his country,” Whitlock said in the statement. “From encouraging those around him to be the best versions of themselves, to being a friend who was willing to talk at a moment’s notice, we will always remember Ian as a beloved member of our team.”

The transfer of Morosoff’s remains to the U.S. is underway and a memorial service is being planned, the brigade said.

Morosoff was from Suquamish, Wash., and joined the Army last year. The brigade was his first posting after finishing basic training and airborne school. He is survived by his father Rudy, mother Sarah and brother, Isaac.