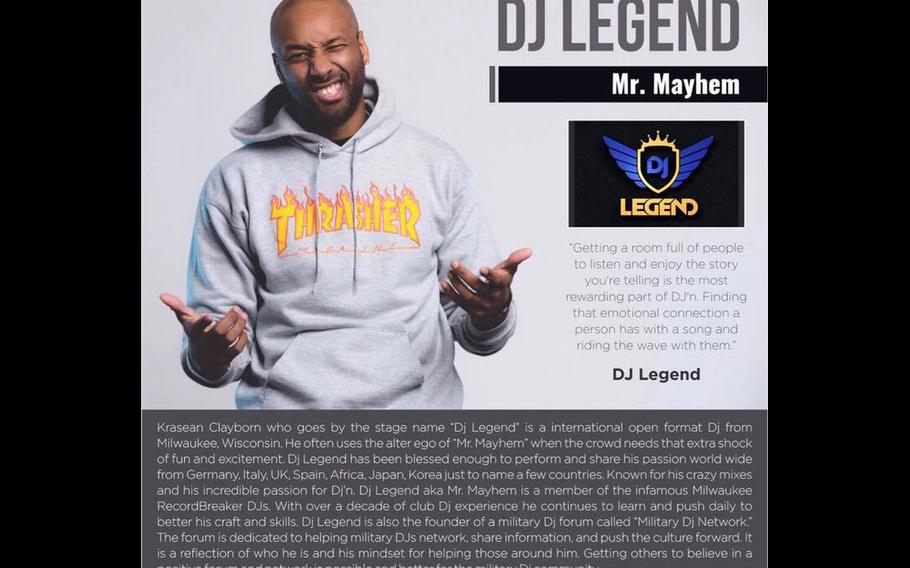 VICENZA, Italy — A 173rd Airborne Brigade paratrooper found dead in his barracks on Caserma Ederle on Friday has been identified as Staff Sgt. Krasean Clayborn, 36.

There were no signs of foul play and an investigation into Clayborn's cause of death was underway, said Maj. Christopher Bradley, a spokesman for the 173rd Airborne Brigade.

Clayborn's body was found by the chain of command in the Caserma Ederle barracks after he didn't show up for work, Bradley said.

Clayborn, who enlisted in the Army in 2003 from Milwaukee, joined the brigade in 2016. He was a career counselor and the recipient of the Army Commendation Medal and the Army Achievement Medal.

"We're deeply saddened by the loss of this paratrooper," Bradley said.

Clayborn is the second paratrooper found dead in the barracks on Caserma Ederle in less than a year. In August, fellow soldiers found the body of 21-year-old infantryman Pfc. Andrew Young. Army officials declined to disclose Young's cause of death, although they said there was no sign of foul play.