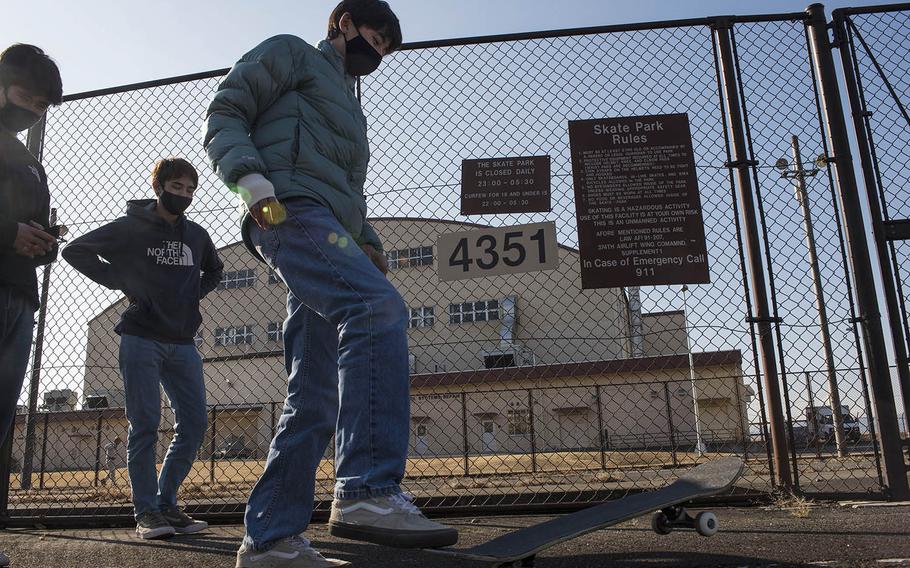 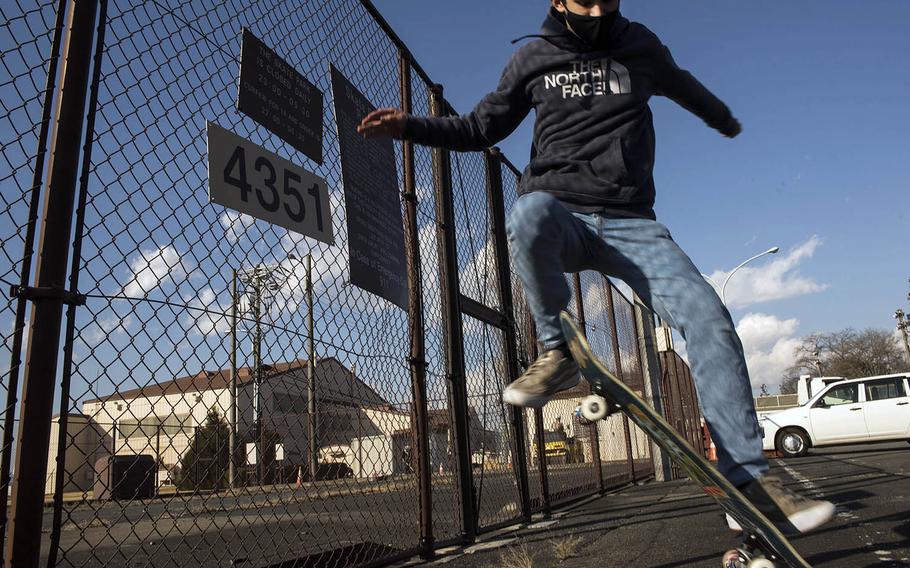 YOKOTA AIR BASE, Japan — Teenagers at the home of U.S. Forces Japan in western Tokyo plan to petition the Air Force to rebuild a base skate park that was demolished after it became unsafe.

Three young skaters recently discussed the issue while pulling ollies and other tricks near the site of the old park, which workers tore down last year on Yokota’s east side.

The teen, wearing a bandage on his right wrist from a recent skateboarding accident, said the skate park was an important recreational facility. It featured a halfpipe, various ramps, boxes and rails.

“We got into skating more because we knew we had a skate park and it was free,” said Vogeley, who has been riding with a group of friends for just over a year. “But they started tearing the park down right after we started skating.”

The youngsters are excited about the inclusion of skateboarding for the first time in the upcoming Tokyo Olympics and hope to attend, he said.

The skate park’s demolition means they must either practice in a parking lot or have their parents drive them to a Japanese skate park 30 minutes away, Vogeley said. There’s a small skating facility with ramps just outside Yokota, but it costs about $5 per hour to use.

Fellow skater Kai Patton, 14, also a Yokota High freshman, signed the petition. He said the sport is a good option during the coronavirus pandemic since it can be done outside with friends while following social distancing rules.

There are functioning skate parks at nearby Camp Zama, the home of U.S. Army Japan in Kanagawa prefecture, and at Yokosuka Naval Base, home of the 7th Fleet.

A 2019 survey showed only 26 people had used the Yokota skate park at any given time within the previous year, a spokesman for the 374th Airlift Wing, 1st Lt. Stuart Thrift, said in an email Tuesday.

“The skate park was found to no longer be safe. The asphalt was raveling and the equipment was rusting and falling apart,” he said.

There is no funding available to build a replacement due to other mission-critical requirements, Thrift said.

Teens at Yokota have other facilities and programs such as the youth and teen centers that include gyms and offer activities or clubs focused on leadership, college readiness, fine arts, STEM (science, technology, engineering and mathematics), financial success, and career success, Thrift said.

“Both centers are currently gearing up for softball and baseball, which is projected to start in April,” he said. “Finally, we offer instructional classes such as piano, ballet, tap, yoga, and gymnastics.”

Vogeley said he appreciates the other options available at Yokota but hopes his petition will convince the command to replace the skate park, despite limited funding.

“This is not just for teens, but also for young airmen at Yokota who love skateboarding,” he said.