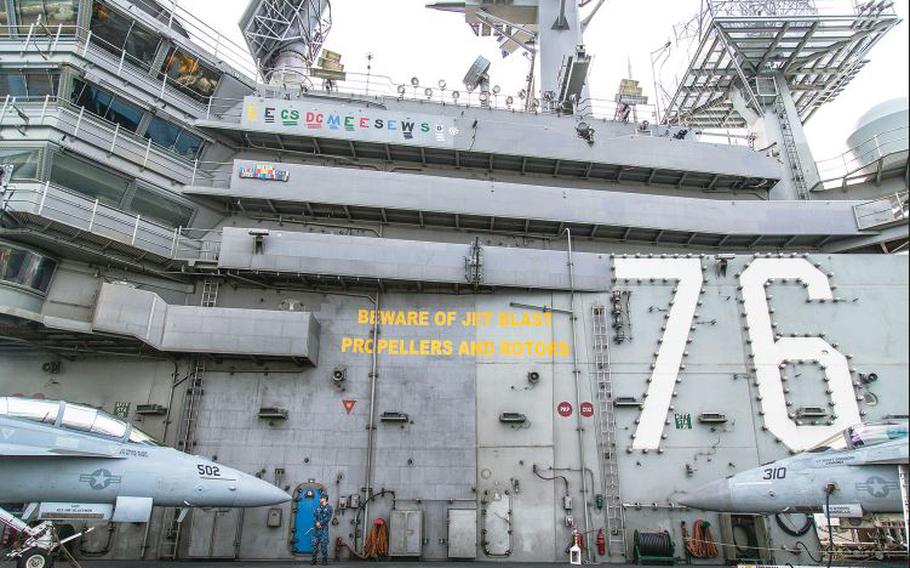 The sailor — whose name was not released — had been confined to a room since returning from leave in the United States on March 15, said USFJ spokeswoman Maj. Genieve White.

The confinement was in accordance with a restriction of movement directive for those returning from international travel that USFJ issued four days prior.

The sailor has been placed in isolation and is being treated at Naval Hospital Yokosuka, White said.

USFJ went nearly three months without a positive case after the coronavirus was first discovered in Wuhan, China, in December. The illness has since become a global pandemic.

As of Wednesday, Japan has reported 1,193 confirmed cases, an increase of 320 over the course of a week, according to the World Health Organization situation reports. Forty-three people have died of the illness in Japan — more than double the number of deaths reported a week prior.

The Yokosuka base on Thursday set its health protection condition to Charlie following Indo-Pacific Command’s Wednesday decision to upgrade the threat level. At Charlie, the community is considered at a “substantial risk” of infection and further restrictions are implemented to control the coronavirus’ spread.

On Wednesday, Navy Forces Japan restricted all Navy personnel to the installations or their off-base homes.

Naval Hospital Yokosuka gained the capability to process coronavirus test results last week and can now analyze about 40 a day. Previously, tests were sent to laboratories off base in Japan or to the U.S. for processing, and results could take up to a week to return.