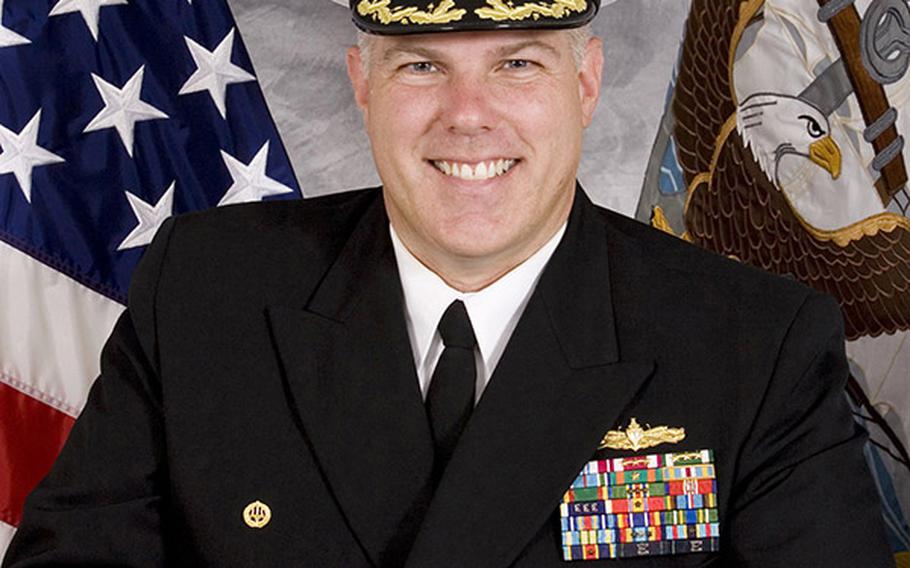 Navy Capt. David Glenister was relieved as commander of Yokosuka Naval Base on Apr. 20, 2016, following a finding that he had not performed to standards. (U.S. Navy)

“The action resulted from the findings gathered during investigations which determined that Glenister had not performed to the high standards demanded of an installation commanding officer,” a Navy statement said.

The regional command later conducted its own investigation, which found and later corrected deficiencies found in the MWR programs, Flanders said.

This year, Glenister inadequately handled a “very serious” personnel grievance filed by a Yokosuka civilian base employee, Navy Region Japan officials said. The grievance was not filed against Glenister personally. Officials declined to provide more detail on the grievance because it could be the subject of a lawsuit.

The two incidents, combined with poor initial findings of a command climate survey, led the Navy to determine that Glenister could no longer “handle that complex range of issues that can occur at a major base,” Flanders said.

Glenister assumed command of Yokosuka Naval Base in August 2013 and would have been relieved this summer under a normal rotation process.

Glenister’s past commands included the minehunter USS Falcon and the frigate USS Rentz. He has been temporarily reassigned to Navy Region Japan, which is also at Yokosuka.

Yokosuka Naval Base is the service’s largest overseas installation and headquarters to the 7th Fleet, which includes the aircraft carrier USS Ronald Reagan.