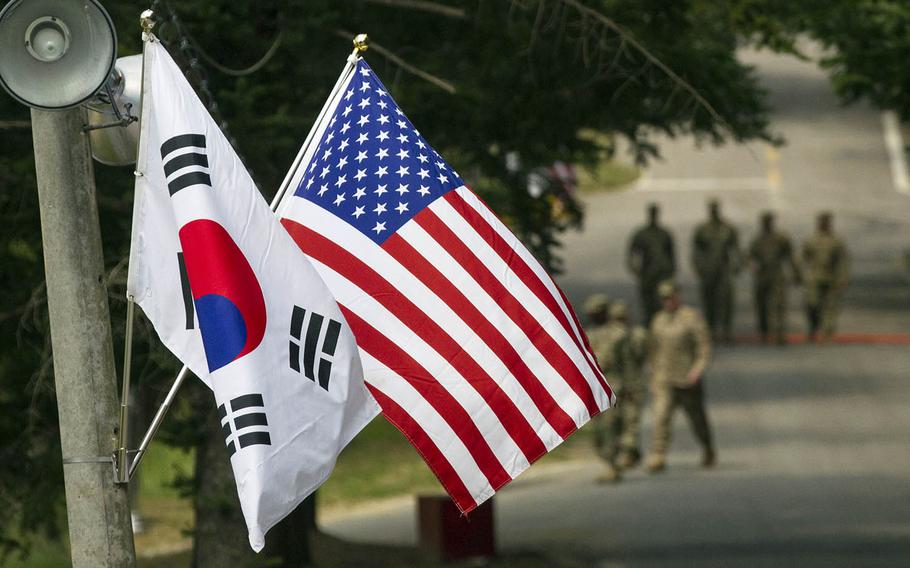 The United States and South Korea are just weeks away from coming together on a new cost-sharing deal for stationing 28,500 U.S. troops on the peninsula, CNN reported Wednesday.

The report, which cited five anonymous sources familiar with the discussions, said the contract taking shape is a multiyear deal that increases Seoul’s contribution by about 13%.

“The final agreement could include mandated increases in South Korea’s defense budget,” the report said, “as well as an understanding that Seoul will make certain military equipment purchases.”

South Korea has offset the costs for hosting U.S. troops under a contract called the Special Measures Agreement since 1991. Negotiations over the amount have always been contentious, but they reached a breaking point in 2018 when former President Donald Trump reportedly demanded up to $5 billion per year, a fivefold increase.

That deal expired on Dec. 31, 2019, eventually prompting U.S. Forces Korea to place more than 4,000 local base workers who provide food and administrative services — nearly half of its workforce — on unpaid leave.

The furlough was lifted in June after South Korea agreed to pay $200 million for salaries through the end of this year. Another furlough looms if a deal cannot be struck.