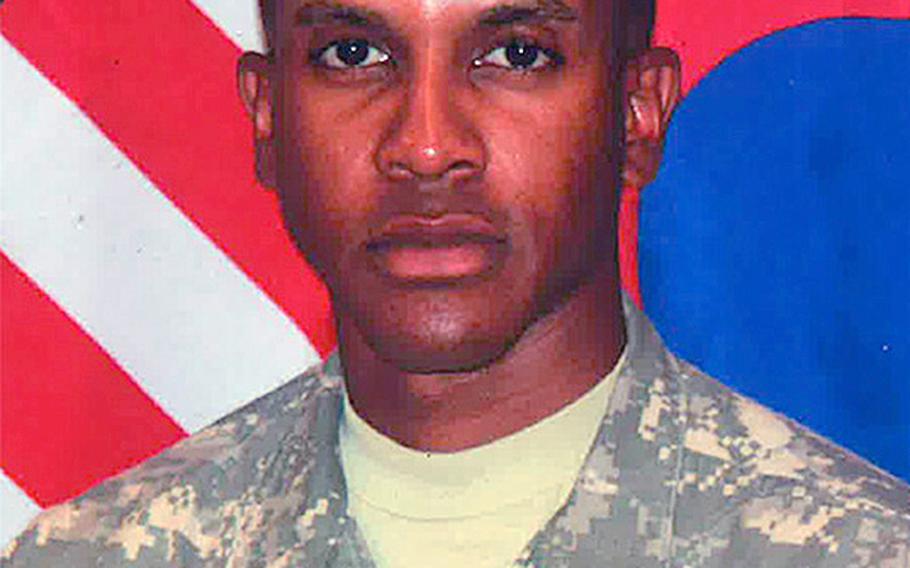 SEOUL — Video footage shows that someone tried to save the life of a U.S. soldier shortly before he died of a brain hemorrhage, hours after he was involved in a street fight last week, South Korean police said Monday.

Footage recorded by a street camera showed a foreigner — whom South Korean police think is an American, though they do not know his identity — administering CPR to Spc. Carl A. Lissone outside a hotel in Pyeongtaek shortly around 1 p.m. on May 4.

At 1:16 p.m., Lissone was taken to a Pyeongtaek hospital, where he was pronounced dead a short time later.

His death is being investigated by U.S. and South Korean authorities.

Many details of what happened on May 4 to Lissone, a 20-year-old information technology specialist stationed at Humphreys, have not been made public.

According to South Korean police accounts, Lissone and at least one friend were drinking and dancing at Club Naked in the Hongdae neighborhood early that morning when Lissone got into a fight outside the club with another soldier at around 3:45 a.m. At least four soldiers eventually became involved in the fight, and Lissone was struck in the head and lost consciousness.

Even though he was bleeding from his nose and ears, his friends transported him back to Pyeongtaek by train, police said.

According to Google maps, a train ride from Hongdae to Pyeongtaek takes a little more than 90 minutes.

Lissone and two others checked into the hotel around 7:30 a.m. on May 4.

The soldiers suspected of involvement in the incident are under the control of their unit leadership, and any decisions about possible restrictions will be made by their commanders, 8th Army spokesman Col. Shawn Stroud said Monday.

The club where Lissone was partying before his death is located in a popular entertainment area that has been placed off-limits to U.S. troops in the past.

Hongdae was placed off-limits at night to U.S. troops in 2007 after a U.S. servicemember raped a 67-year-old woman there. Pvt. Geronimo Ramirez of the 2nd Infantry Division was sentenced to four years in prison for the attack.

That off-limits designation has since been lifted, and the area, with its thriving nightlife fueled by students from nearby universities, is a popular nighttime destination for U.S. servicemembers.

Hongdae earlier was placed off-limits to U.S. troops in December 2002-May 2006 because of unspecified “force-protection concerns.” The area was opened back up to the military after South Korean and U.S. personnel conducted a combined threat assessment and deemed it safe.

The 1st Signal Brigade will hold a memorial ceremony for Lissone, a native of Covington, Georgia, at Humphreys on Tuesday. The ceremony will be closed to the media and the public.