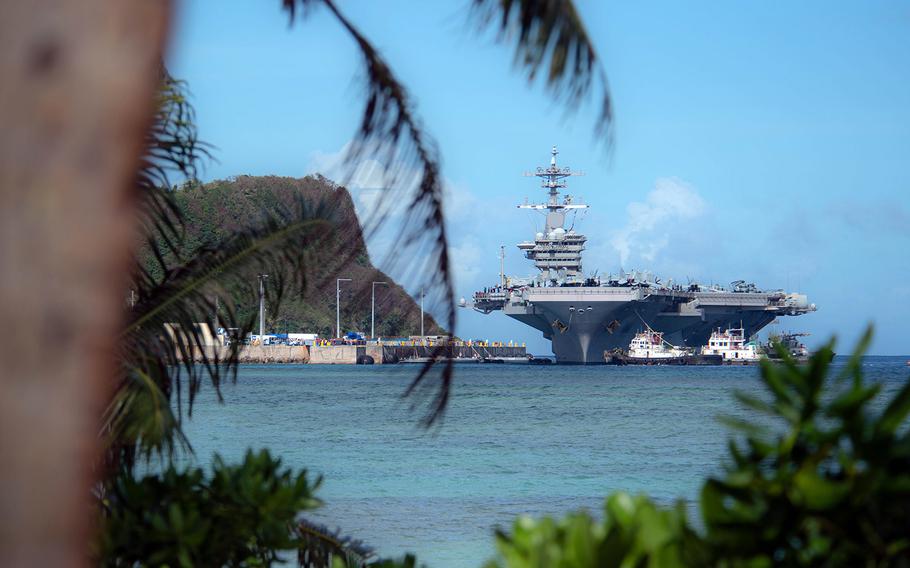 YOKOSUKA NAVAL BASE, Japan – The Navy began moving sailors back aboard the aircraft carrier USS Theodore Roosevelt, sidelined on Guam after nearly a fourth of its 4,000-member crew tested positive for coronavirus.

The sailors returning to the ship Wednesday had been restricted to off-base hotel rooms for nearly a month as officials tested all crew members for the coronavirus and sanitized the carrier, according to a statement Wednesday from the Joint Region Marianas Public Affairs Office in Guam.

Sailors who tested negative for coronavirus in three separate tests were allowed to embark the Roosevelt.

The carrier had been deployed to the western Pacific when it diverted to Guam on March 26 after several of its sailors tested positive for the virus. Since then, 969 Roosevelt sailors have tested positive, one of whom died, according to the Navy.

About 700 sailors stayed aboard to “maintain the ship’s essential functions and to conduct deep cleaning and sanitation of the ship’s space over the past few weeks,” the Navy statement said.

“Now, the ship is fully prepared to receive healthy Sailors who have spent up to 27 days in quarantine ashore,” the statement said.