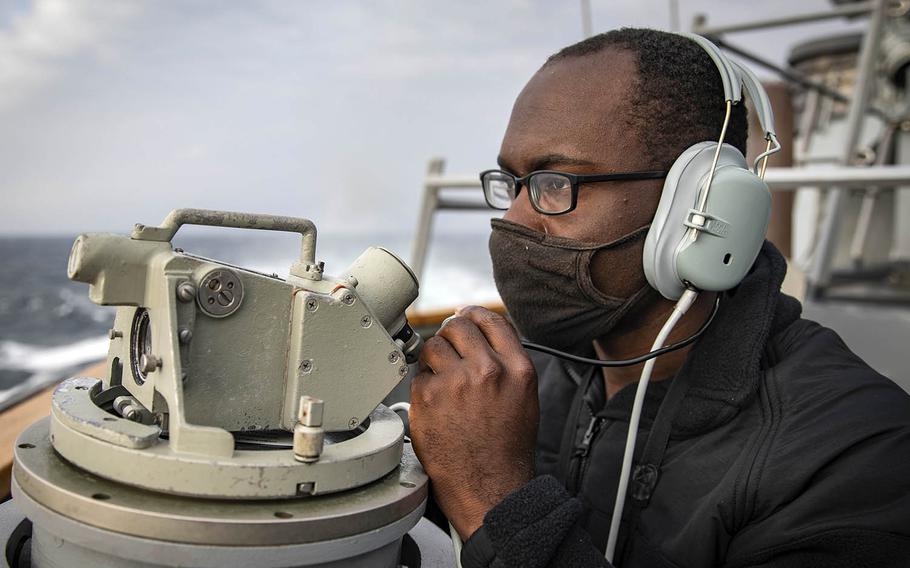 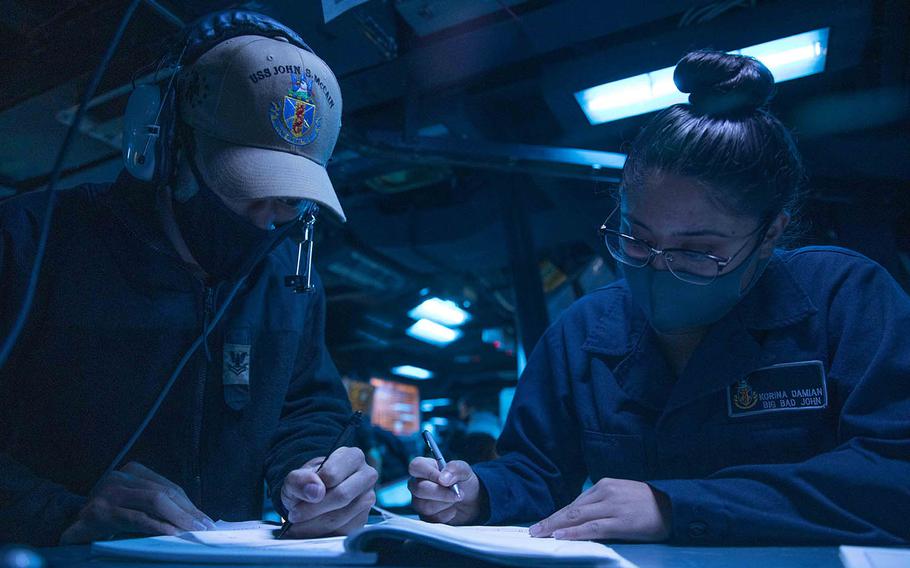 A Navy warship steamed through the Taiwan Strait on Wednesday following reports of Chinese fighter jets overhead earlier in the week and one of its aircraft carriers training nearby.

The trip through the contested waterway is the fourth by a U.S. warship this year. The McCain made the Navy’s first transit of 2021 on Feb. 4.

As the destroyer passed through the strait again Wednesday, Taiwan Foreign Minister Joseph Wu told reporters that his country would defend itself “to the very last day” if attacked by China, which claims the island as its own territory to be won over peacefully or by force.

China flew 10 warplanes into Taiwan’s air defense identification zone on Monday and sent an aircraft carrier group for exercises near the island, Wu said, according to The Associated Press.

Asked about the McCain’s transit during a press briefing Wednesday, Pentagon spokesman John Kirby described it as a freedom-of-navigation operation and not a response to any specific event or action by another country.

“We conduct freedom-of-navigation operations around the world to send a message about how strong we believe in international law and in freedom that all nations have to sail, operate and fly in accordance with international law,” he said. “Freedom of the seas doesn’t just exist for fish and icebergs.”

A spokesman for China’s Eastern Theater Command said the McCain’s transit sent an “erroneous signal to the ‘Taiwan Independence’ force, deliberately disrupted and undermined the regional situation, and jeopardized the peace and stability across the Taiwan Strait,” according to China Military Online, a government site.

“China is firmly opposed to it,” Senior Col. Zhang Chunhui said Wednesday, according to China Military. He said the McCain was tracked as it moved through the strait.

The number of Navy transits through the 110-mile-wide waterway separating Taiwan from mainland China has increased along with tensions between the United States and China in the South and East China Seas.

In December, the U.S. approved a $280 million sale of advanced military communications equipment to Taiwan.

Meanwhile, the Theodore Roosevelt Carrier Strike Group conducted a bilateral exercise Tuesday and Wednesday with the Royal Malaysian Air Force in the South China Sea, the U.S. 7th Fleet said in a statement.

The exercise, which focused on joint-air operations and unit integration, was the first bilateral training between the two Pacific nations in 2021, the U.S. 7th Fleet said in a statement.

Malaysia is one of several Southeast Asian nations that dispute China’s claims to much of the South China Sea.

The USS Theodore Roosevelt departed San Diego on Dec. 23 for a scheduled deployment to the region, the fleet said in its statement.