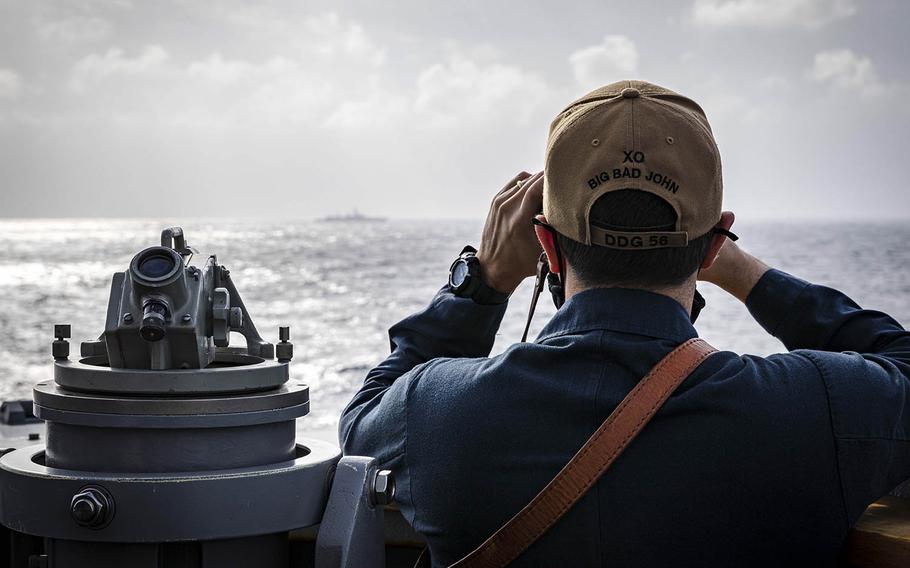 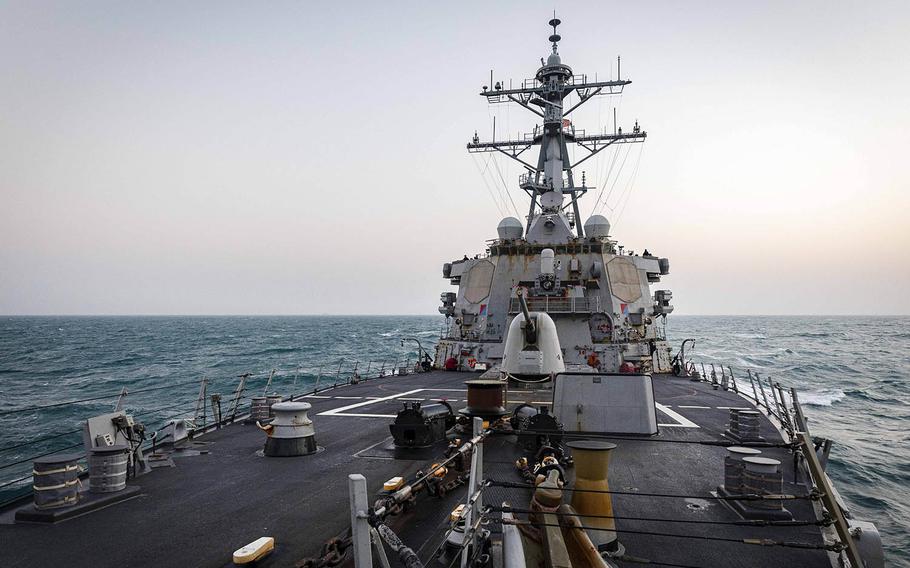 The guided-missile destroyer USS John S. McCain steamed past a disputed island chain in the South China Sea on Friday, a day after transiting the Taiwan Strait, moves that challenge Chinese claims in the region.

The McCain sailed near the Paracel Islands west of the Philippines in a freedom-of-navigation operation meant to “assert navigational rights and freedoms,” according to a statement from 7th Fleet spokesman Lt. Joe Keiley on Friday.

China has built military airfields and outposts on the islands, raising concern among surrounding nations and within the United States, which sends its warships through the area on a regular basis.

China, Taiwan and Vietnam dispute sovereignty of the archipelago, imposing “unlawful restrictions on innocent passage” of military vessels through the islands, according to Keiley’s statement.

The McCain challenged those restrictions, as well as China’s “claim to straight baselines enclosing the Paracel Islands,” Keiley said. Beijing holds that its territorial waters extend to the island chain, but international law dictates otherwise.

“Unlawful and sweeping maritime claims in the South China Sea pose a serious threat to the freedom of the sea, including freedoms of navigation and overflight, free trade and unimpeded commerce, and freedom of economic opportunity for South China Sea littoral nations,” Keiley wrote.

A day earlier, the McCain sailed through the Taiwan Strait, where China also asserts territorial claims and requires foreign vessels to seek its permission before entering. That operation was also meant to demonstrate “the U.S. commitment to a free and open Indo-Pacific,” Keiley said Thursday.

Beijing "paid close attention to and monitored from start to end the passage of the US military vessel through the Taiwan Strait," Chinese Foreign Ministry spokesman Wang Wenbin said at a press conference Thursday, according to a transcript.

"China will continue to stay on high alert and is ready to respond to all threats and provocations at any time and will resolutely safeguard its national sovereignty and territorial integrity," Wang said. "We hope the U.S. side will play a constructive role for regional peace and stability, rather than the opposite."

The McCain’s back-to-back challenges to Chinese claims in the region come as President Joe Biden, inaugurated 2 ½ weeks ago, configures his foreign policy.

During a speech Thursday at the State Department, Biden said his administration would “take on directly the challenges posed by our prosperity, security, and democratic values by our most serious competitor, China,” according to a transcript.