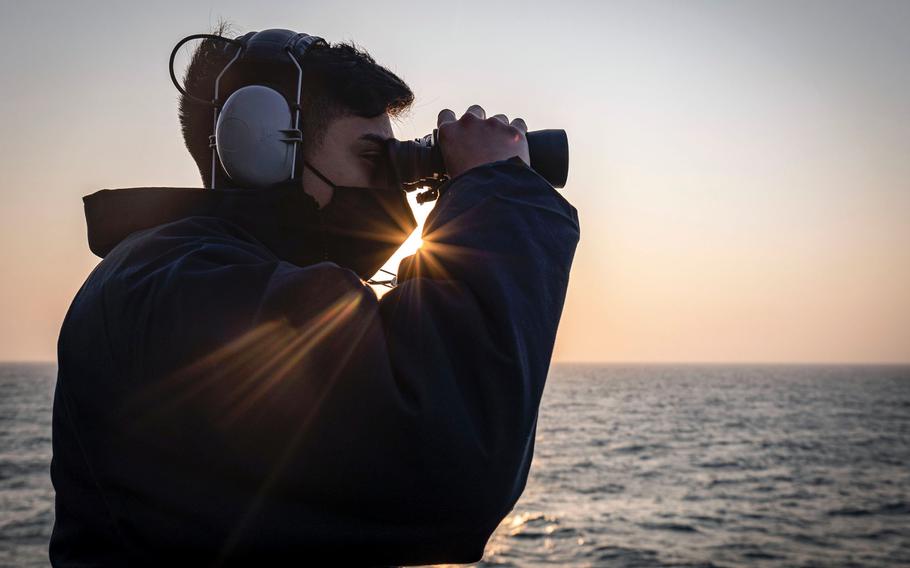 YOKOSUKA NAVAL BASE, Japan – The guided-missile destroyer USS John S. McCain steamed through the Taiwan Strait on Thursday, marking the Navy’s first trip through the contentious waterway in 2021, according to a Navy statement.

“The ship's transit through the Taiwan Strait demonstrates the U.S. commitment to a free and open Indo-Pacific,” he said in the statement.

The transit came less than two weeks after China sent eight nuclear-capable bombers and four fighter jets into the airspace southwest of Taiwan. The act was meant to pressure the island’s leader, President Tsai Ing-wen, “into caving to Beijing’s demand that she recognize Taiwan as a part of Chinese territory,” The Associated Press reported Jan. 23.

The U.S. State Department in a statement the same day noted “with concern the pattern of [China’s] ongoing attempts to intimidate its neighbors, including Taiwan.”

“We will continue to assist Taiwan in maintaining a sufficient self-defense capability,” department spokesman Ned Price said in the statement. “Our commitment to Taiwan is rock-solid and contributes to the maintenance of peace and stability across the Taiwan Strait and within the region.”

The U.S. last sent a vessel through the Taiwan Strait on Dec. 31, marking its 13th passage through the waterway in 2020. That trip broke the Navy’s previous record of 12 such transits in one year, which was set in 2016.