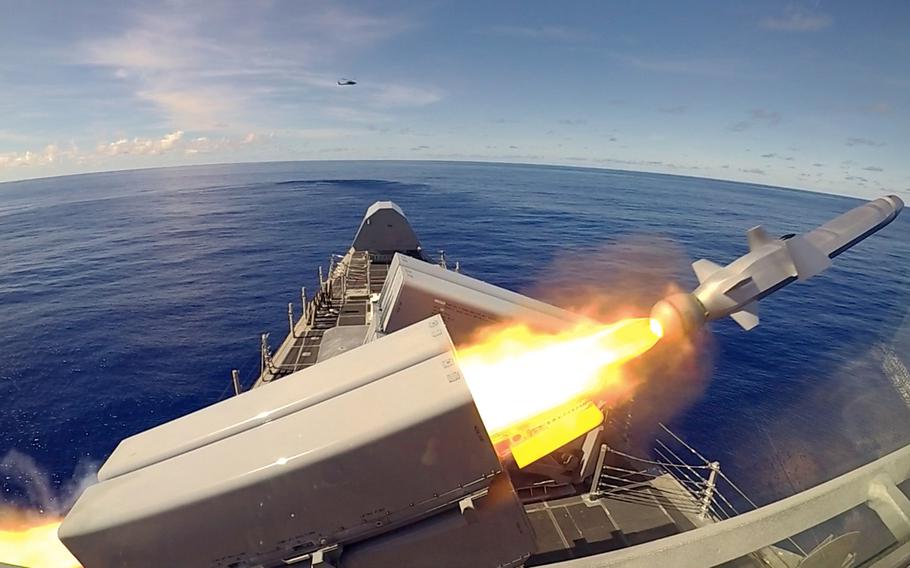 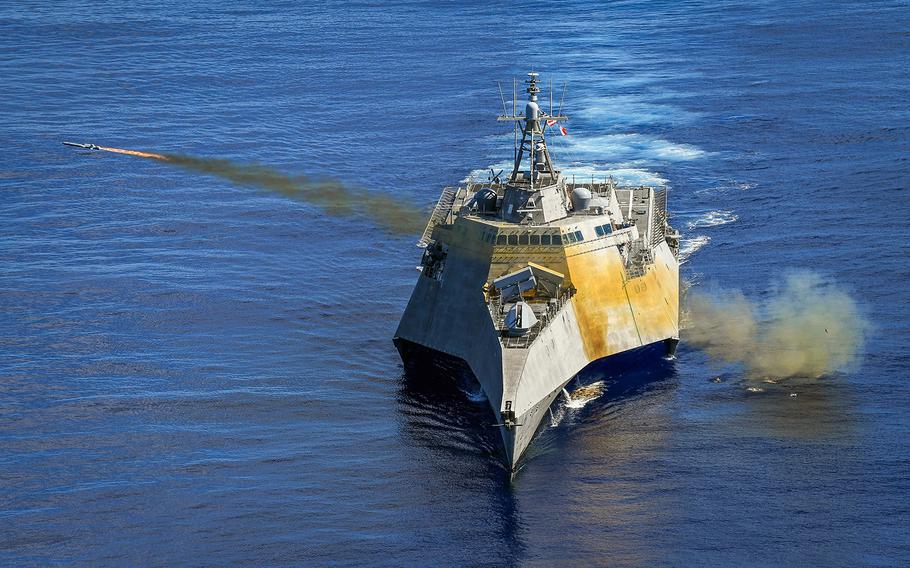 Sailors launched a Naval Strike Missile from the deck of the littoral combat ship USS Gabrielle Giffords on Tuesday, the first time such a weapon has been fired in the Indo-Pacific region, according to a Navy statement.

The precision strike weapon “can find and destroy enemy ships at distances up to 100 nautical miles away,” the statement said. It zips over the ocean “at sea-skimming altitude, has terrain-following capability and uses an advanced seeker for precise targeting in challenging conditions.”

In footage of the launch released Wednesday, the missile ignites and flies from the ship. The video shows the launch from three angles as a sailor barks orders in the background.

At 9,400 miles, the Dongfeng 41’s range is potentially the longest of any weapon in the world, the Center for Strategic and International Studies think tank in Washington, D.C. told the Associated Press in a Sunday report.

From that distance, China could strike the U.S. mainland in about 30 minutes, according to AP.

The Navy Strike Missile launch was part of exercise Pacific Griffin near Guam with the Singaporean navy. It marked the second time such a missile was launched, but the first time it was fired in the Indo-Pacific region, according to the Navy.

The Navy in its statement said the weapon boosts “survivability against high-end threats.”

In a 2014 demonstration, the littoral combat ship USS Coronado fired the weapon off the coast of Southern California, “scoring a direct hit on its intended target, a Mobile Ship Target,” said a Navy statement from September 2014.

The Navy awarded American defense contractor Raytheon a contract in 2018 to “manufacture and deliver” the weapons system, developed around the missile designed by Norwegian firm Kongsberg Defence & Aerospace, according to the Raytheon and Kongsberg websites.

The $14.8 million contract purchased a first round of missiles for littoral combat ships, according to U.S. Naval Institute News in May 2018. The contract value could grow to $847.6 million with further options, USNI reported.

China was listed as a “strategic competitor” in the 2018 U.S. National Defense Strategy, and tensions with the country have heightened as China boosts its military presence in the South China Sea.

Chief of Naval Operations Adm. Mike Gilday told Stars and Stripes last month he aims to focus on new technologies and on competing with China during his tenure.

“I am interested with a sense of urgency in closing gaps that we have to either keep us in a position of advantage against the Chinese or to close gaps quickly where we can in order to put ourselves in a better position against them,” he said.

He did not elaborate on the nature of those gaps.

The Gabrielle Giffords is on its first deployment and made history when it joined the LCS USS Montgomery in the 7th Fleet on Sept. 16, according to the Navy statement. It is the first time two such ships have been deployed to the Indo-Pacific at the same time.

“LCS packs a punch and gives potential adversaries another reason to stay awake at night,” said Rear Adm. Joey Tynch, commander of Logistics Group Western Pacific. “We are stronger when we sail together with our friends and partners and LCS is an important addition to the lineup.”