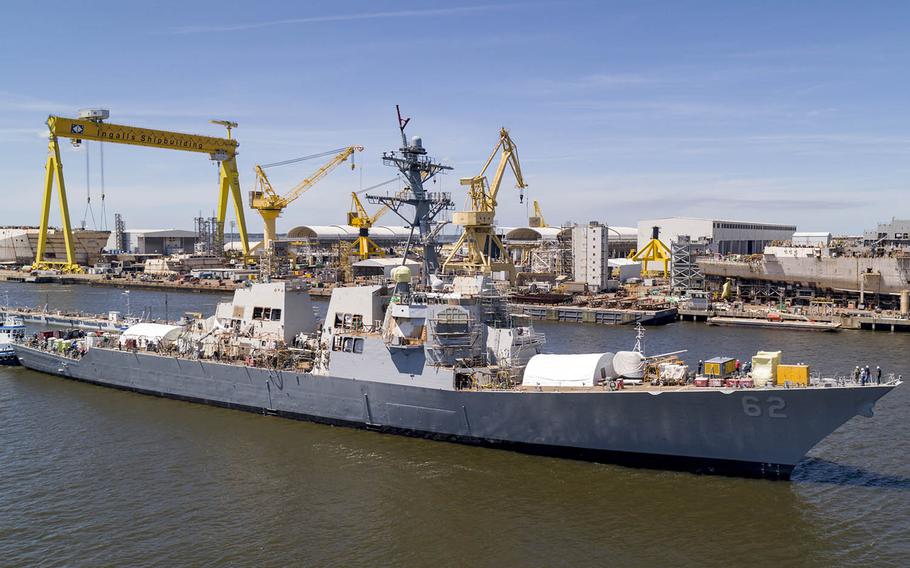 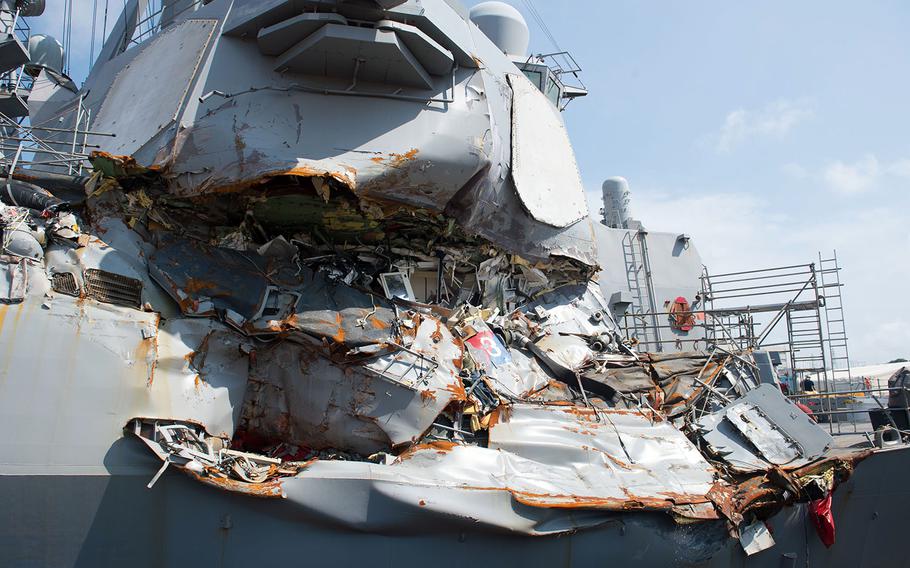 YOKOSUKA NAVAL BASE, Japan — The USS Fitzgerald left dry dock Tuesday in Pascagoula, Miss., nearly two years after a collision that killed seven sailors, according to a Navy statement.

The Yokosuka-based guided-missile destroyer has been undergoing repairs since arriving at Pascagoula’s Ingalls Shipbuilding yard in January 2018. Workers will continue to work on the ship while it’s moored pierside, the Navy said.

Repairs are expected to be completed by January, the service said early this year. To date, it has not announced plans to return the ship to Yokosuka.

“This undocking is a step forward and brings us that much closer to getting Fitzgerald back out to sea — where the ship belongs,” Fitzgerald commanding officer Cmdr. Garrett Miller said in the statement. “I’m proud of this crew’s hard work over the past year and look forward [to] returning to the fleet with enhanced warfighting capability and lethality.”

Most of the work has centered on the hull and topside structures damaged in the collision, the Navy said. Further restoration will include replacement of the radar and electronic warfare suite, restoration and modernization of the combat system and the command, control, communications, computers and intelligence system.

“We’re excited to have the ship back in the water where we can begin outfitting and testing efforts in support of getting the ship and crew back underway,” he said in the statement.

The ship sustained millions of dollars in damages on June 17, 2017, when it collided with the Philippine-flagged ACX Crystal about 80 nautical miles southwest of Tokyo. So far, the Navy has spent more than $300 million on repairs to the ship, according to Defense Department statements and contract announcements.

Two months after the Fitzgerald’s crash, 10 sailors died when the USS John S. McCain — also a destroyer based at Yokosuka — collided near Singapore with a civilian oil tanker, which impaled itself into the ship’s port side.

The McCain underwent 15 months and more than $200 million in repairs, including installation of 400,000 pounds of steel plates, before leaving dry dock in November at Yokosuka, the Navy said last June. It remains pierside in Yokosuka.