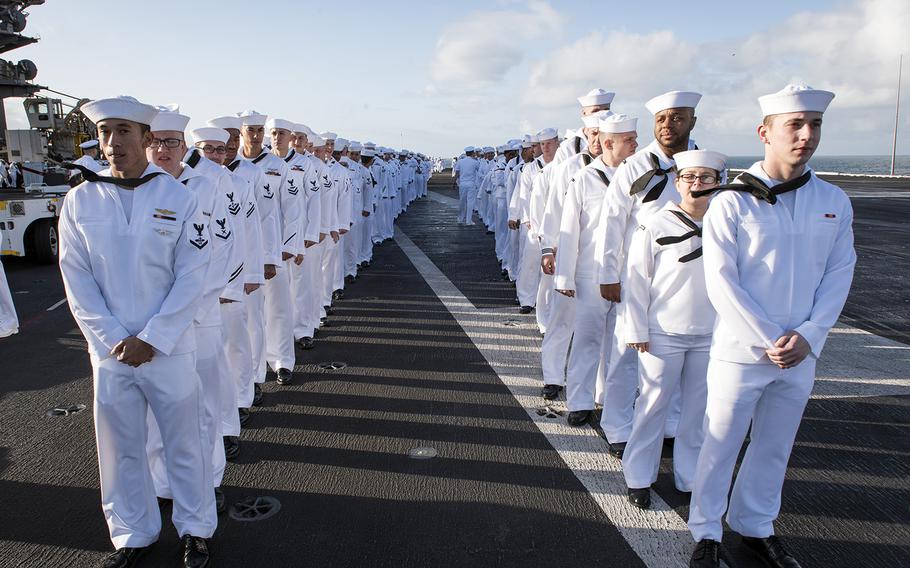 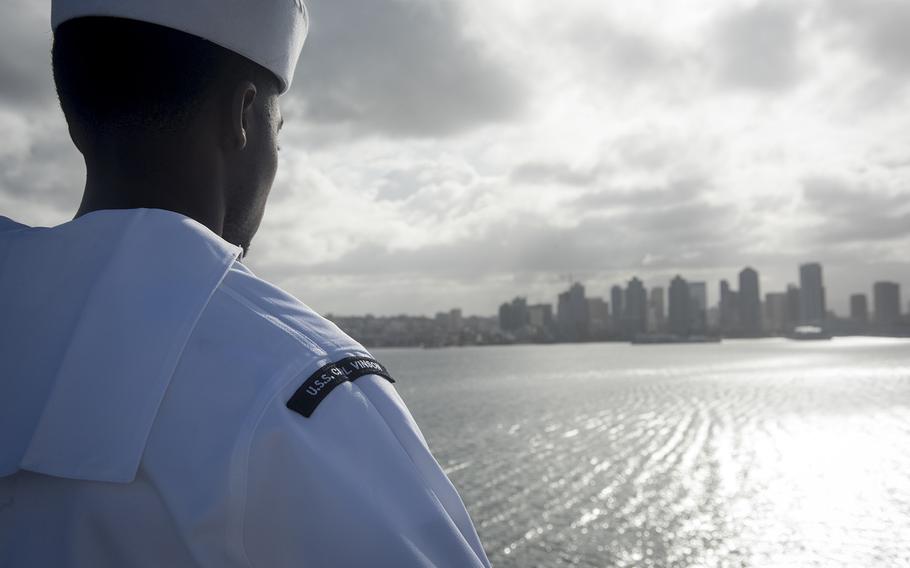 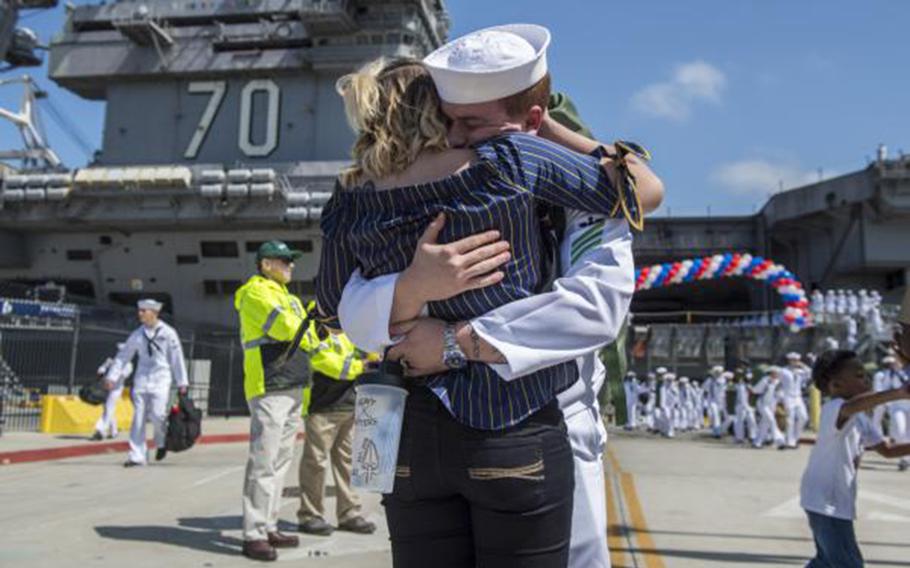 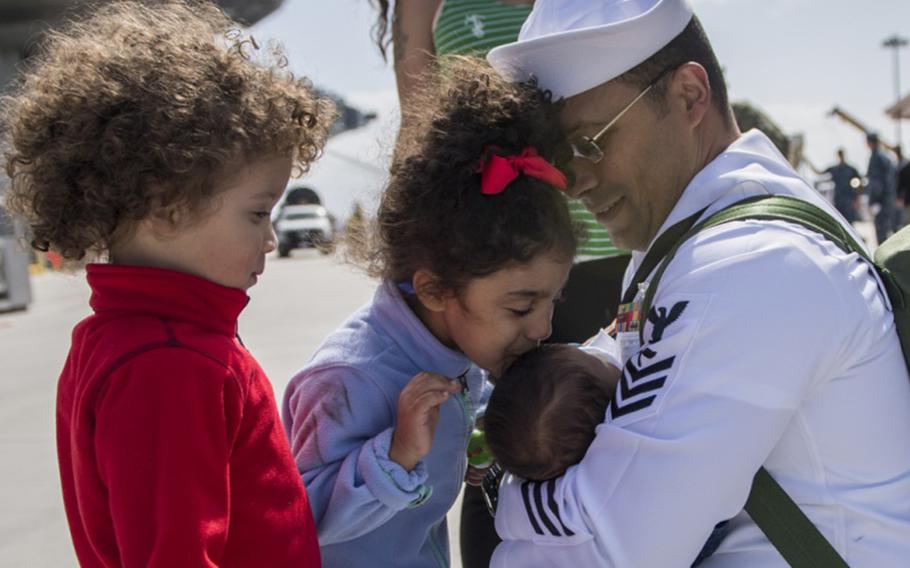 The USS Carl Vinson pulled into its homeport in San Diego Thursday after a historic, three-month deployment to the Western Pacific.

Since its Jan. 5 departure, the nuclear-powered warship patrolled the South China Sea and interacted with four nations, including a groundbreaking port visit to Vietnam in March, the first time a U.S. aircraft carrier dropped anchor in the country since the Vietnam War ended more than four decades ago.

The sailors received a “warm welcome” in Vietnam, Lt. Cmdr. Tim Hawkins, Carrier Strike Group One spokesman, told Stars and Stripes during an embark in March.

“One of the things we wanted to focus on during the port visit to Vietnam was not necessarily military-to-military engagement, but more people-to-people interactions,” he said.

“A large part of this deployment has been just fostering better relations with various countries out there,” he told Stars and Stripes in March. “It absolutely goes a long way if they have a good impression of the United States.”

Other international interactions over the deployment included drills with the Japan Maritime Self-Defense Force and passing exercises with the French navy, Hawkins said.

The Carl Vinson also visited the Philippines, where some sailors volunteered to pack boxes of relief items for victims of the January Mayon volcano eruption that displaced tens of thousands of residents.

Sailors’ families and friends greeted them at the pier Thursday. Capt. Douglas Verissimo said in a video last week that about 30 sailors will meet their children for the first time after the babies were born during the deployment.

The deployment was part of the Navy’s “3rd Fleet Forward” initiative, in which ships assigned to the 3rd Fleet remain under the control of their home fleet instead of switching to the 7th Fleet’s watch after entering its jurisdiction past the international dateline. The concept is meant to allow each fleet to concentrate on its own ships.