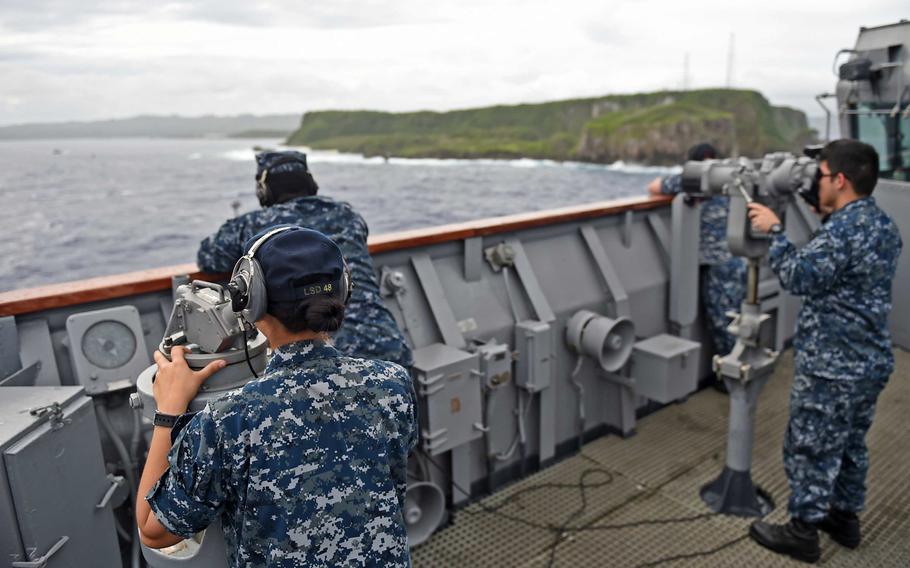 The USS Ashland will depart from Guam on Friday to deliver relief supplies to Saipan, which was devastated by Typhoon Soudelor earlier this week, the Navy said in a news release.

The Ashland, with its crew of 500 sailors and Marines, will carry drinking water, bed sheets, food, generators, electrical restoration supplies and other items to the island, which was battered by 120 mph winds on Sunday night. More than 500 people are being housed in shelters, according to the American Red Cross.

Upon arriving in Saipan, the supplies — collected by the Guam government, the Red Cross and other nongovernmental groups — will be sent to distribution sites, shelters and schools, the Navy said.

Typhoon Soudelor hit Saipan in the Commonwealth of the Northern Mariana Islands on Sunday, knocking out electricity on the 77-square-mile island. About 50,000 people live on the commonwealth’s four populated islands, with most of them living on Saipan, which took the brunt of the storm.