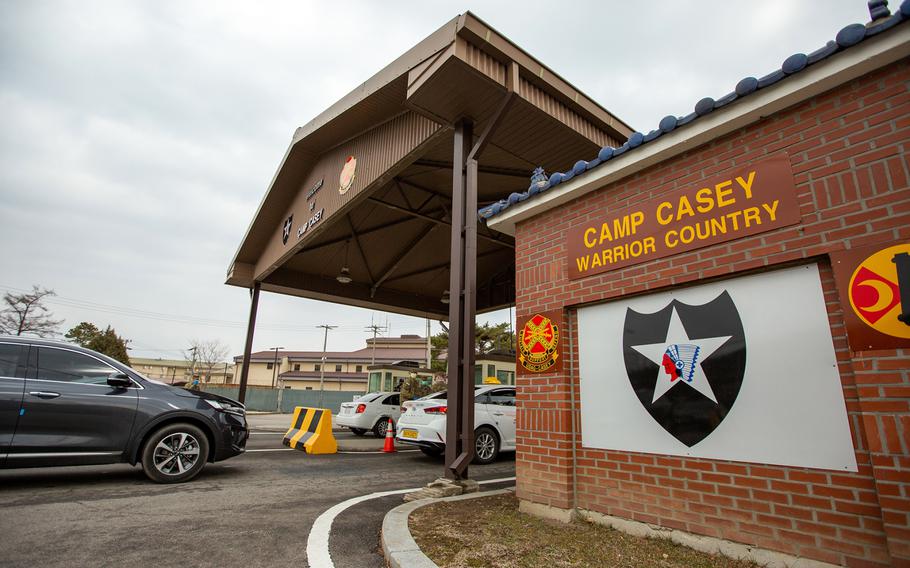 SEOUL, South Korea — A civilian working at Camp Casey has been banned from all U.S. bases in South Korea for two years for visiting an off-base bar against restrictions aimed at preventing the spread of the coronavirus, the military said Tuesday.

A garrison patrol spotted the civilian, who was not otherwise identified, at the bar on April 10-11, U.S. Forces Korea said in a notice.

“Patronizing a bar or club is a violation of the USFK public health guidance and health protection condition mitigation measures to combat COVID-19,” the command said, referring to the disease caused by the coronavirus.

The ban took effect on Friday, USFK said, stressing that anyone seeking to access its installations must comply with the restrictions and guidance.

The civilian was an employee at Camp Casey, which is in the city of Dongducheon, near the border with North Korea, USFK said.

It was the second such action against a civilian since USFK commander Gen. Robert Abrams declared a public health emergency in late March. The declaration gave him authority to punish civilians as well as service members who violate measures aimed at preventing the spread of the virus. Abrams has since extended the public health emergency to May 23.

The military has ordered its personnel to avoid all nonessential off-base travel and social activities amid the pandemic.

Several soldiers also have been punished with reductions in rank, forfeiture of pay and other measures for going to off-base bars or otherwise violating restrictions on non-essential movement off-base.

Abrams clamped down on civilians after a contractor who works at Eighth Army headquarters tested positive after he continued to go to restaurants in the local community despite restrictions.

That was followed by a spike in infections with a total of 10 contractors who work on Camp Humphreys testing positive.

In all, USFK has reported 25 coronavirus cases, including two soldiers.

USFK promised to routinely publish actions taken to enforce compliance with rules to contain the virus “to ensure our service members, civilians, contract employees, family members and the community understand the adverse actions of not following USFK directives.”

Two civilians also were barred from Sasebo Naval Base, Japan, after security personnel found them in an off-base bar in violation of similar restrictions set by the Navy to fight the coronavirus, officials said earlier this week.