US widens suspension of military drills in S. Korea, says cancellations are 'indefinite' 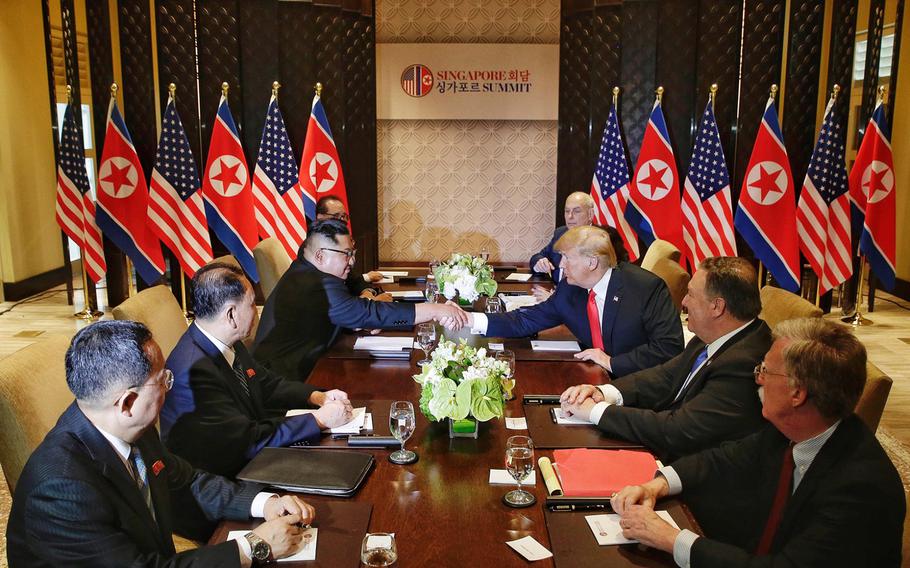 Defense Secretary Jim Mattis made the announcment Friday after a high-level meeting, in which leaders began work on a plan of action to follow through on promises made by President Donald Trump in his summit with North Korean leader Kim Jong Un more than a week ago.

Trump called the war games “provocative” and “very expensive” during a press conference after the June 12 summit in Singapore.

North Korea hates the military exercises, which it considers rehearsals for an invasion, despite insistence by the allies that the drills are defensive in nature and necessary to maintain readiness.

The military previously announced it was halting all plans for a massive command post exercise known as Ulchi Freedom Guardian, which had been due to begin in August.

The Pentagon said Friday that the suspension would include two joint Marine training exercises that had been “scheduled to occur in the next three months.”

“To support implementing the outcomes of the Singapore Summit, and in coordination with our Republic of Korea ally, Secretary Mattis has indefinitely suspended select exercises,” spokeswoman Dana White said.

She said additional decisions would depend on North Korea “continuing to have productive negotiations in good faith.” The Marine Corps is the only branch of service that doesn't have a major presence on the divided peninsula. Instead, it regularly sends troops to train with the South Koreans in what is known as the Korean Marine Exchange Program.

Critics say Trump’s decision to suspend the war games was a major concession to the North — which has long demanded that they be canceled — while getting little in return.

Supporters argue the cancellation was a relatively easy step to support diplomatic efforts, since the United States and South Korea could resume the drills at any time.

The United States maintains about 28,500 servicemembers in South Korea, which remains technically at war as the 1950-53 conflict ended in an armistice instead of a peace treaty.