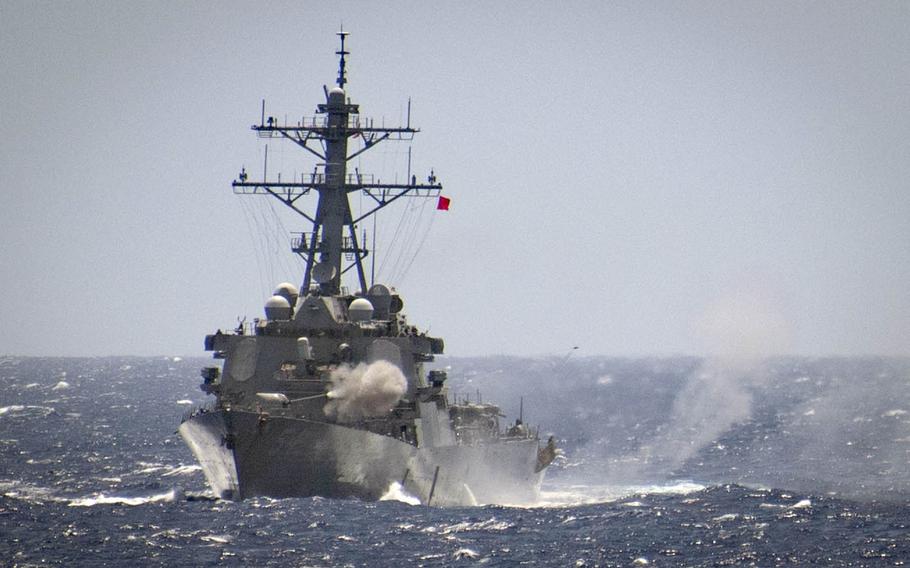 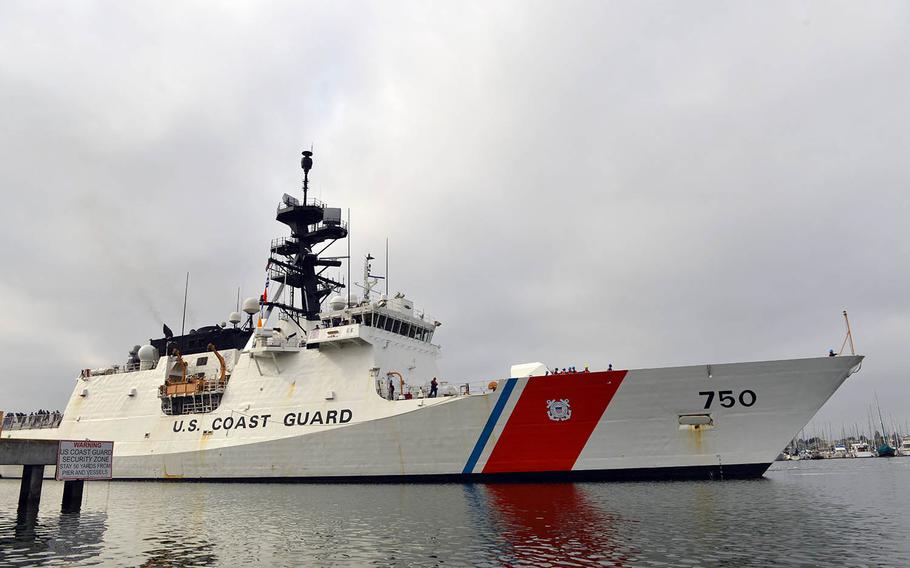 YOKOSUKA NAVAL BASE, Japan — The Navy has sailed a guided-missile destroyer between mainland China and Taiwan for the third month in a row, contentious passages meant to ensure vessels can freely navigate there.

China protests U.S. warships sailing through the approximately 100-mile-wide strait without first seeking its permission; however, the U.S. insists the strait is an international waterway.

This week’s passage was the fifth time in six months that U.S. warships have made the journey. The USS Stethem and cargo ship USNS Cesar Chavez passed through last month. The USS McCampbell and fleet replenishment oiler USNS Walter S. Diehl sailed there in January. The USS Stockdale and replenishment oiler USNS Pecos passed through in November, and the USS Curtis Wilbur and USS Antietam sailed the strait in October.

Before October, there had been only one Taiwan Strait transit reported in more than a year.

“The ships’ transit through the Taiwan Strait demonstrates the U.S. commitment to a free and open Indo-Pacific,” Keiley said. “The U.S. will continue to fly, sail and operate anywhere international law allows.”

The report detailed the Chinese military’s technological advances and said the country’s “anticipation that foreign forces would intervene in a Taiwan scenario led the [Chinese military] to develop a range of systems to deter and deny foreign regional force projection.”

In January, Chief of Naval Operations Adm. John Richardson told Chinese Gen. Li Zuocheng, chief of the military’s Joint Staff Department, that the U.S. is committed to the One China policy acknowledging Taiwan is part of China. However, Beijing has expressed skepticism.

“If anyone wants to separate Taiwan from China, the Chinese military will safeguard the national unity at all costs, so as to protect China’s sovereignty and territorial integrity,” Li said during their meeting, according to the South China Morning Post.

The cutter Bertholf, which arrived March 3 at Sasebo Naval Base, Japan, recently wrapped up a mission enforcing United Nations sanctions against North Korea.

The U.N. Security Council has imposed a number of economic sanctions on the North in response to its developing nuclear weapons and ballistic missiles.