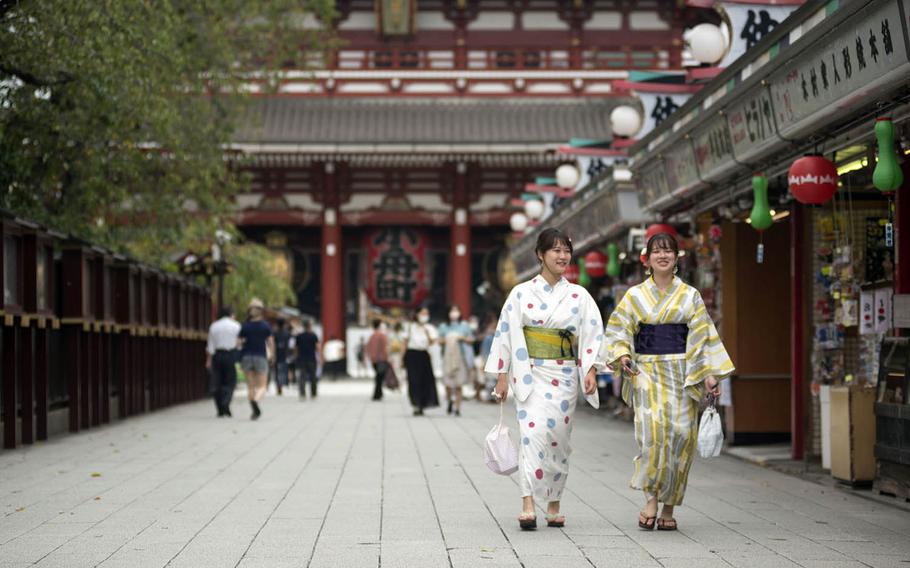 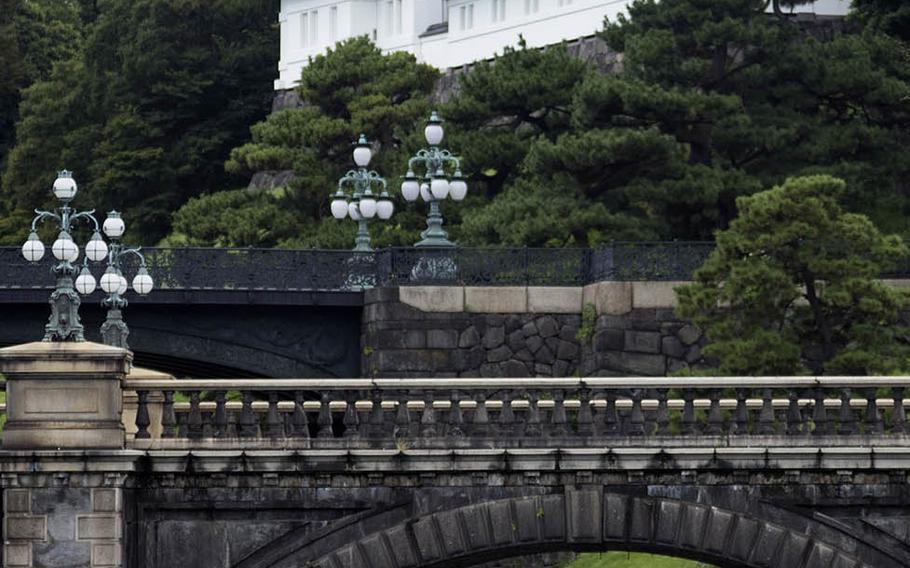 TOKYO — U.S. military personnel and their families in Japan may be eligible for half-price deals on bullet train tickets, hotels, meals and other tourist activities starting next month, according to the Japan Tourism Agency.

Japan’s “Go To Travel” campaign, launched in July with a budget of nearly $13 billion to stimulate domestic tourism amid the coronavirus pandemic, subsidizes up to 35% of travelers’ expenses and is slated to add coupons next month worth another 15% in savings.

It has been available only to people living outside of Tokyo with official Japanese government identification to prove they do not live where the lion’s share of the country’s coronavirus infections occurred.

Starting Oct. 1, the program may be extended to anyone in Japan and include destinations in Tokyo, although a final decision will depend on the capital’s coronavirus infections, according to Japan Tourism Agency officials.

If Tokyo is included, ID likely won’t be required, the officials said.

The number of new daily coronavirus cases in Tokyo has been trending downward since a peak of 472 infections Aug. 1. On Monday, the city reported 98 new cases.

Travelers using the ‘Go To’ campaign are eligible for discounts of up to $192 per person per night or $96 per person for a day trip, according to the tourism agency website.

Travelers can get the discounts through registered travel agents and websites or by booking directly with tourism operators. Only hotels and vendors registered with the agency offer the discounts, according to the website.

The campaign is being extended at just the right time for U.S. military personnel in Japan whose travel options have been restricted for much of the year because of the pandemic.

People who head to the United States on leave may be required to spend weeks in quarantine. Travel within Japan has also been limited, with personnel barred from using public transportation and going to virus hotspots, including central Tokyo.

However, since early June, when U.S. Forces Japan lowered its health protection condition from “substantial” to “moderate,” U.S. military personnel have had more freedom to roam. For example, from Yokota Air Base, where USFJ is headquartered in western Tokyo, troops are now allowed to travel anywhere in Japan except central Tokyo and the island of Okinawa.

Toshinobu Muto, a travel agent at Yokota’s Information, Tickets and Travel office, said Wednesday that he’s been calling the tourism agency regularly to try to get deals for his U.S. military customers.

Those living off base and outside of Tokyo qualify for the discounts already, he said. However, few, if any U.S. military personnel in Japan have Japanese government identification since they receive ID cards and drivers’ licenses from the U.S. government rather than local authorities.

The discounts were exciting news for Air Force spouse and mother of two elementary schoolers Mandy Tensfeldt, who said she hopes to take advantage of them.

The family arrived at Yokota in May 2019 and spent their first six or seven months in Japan exploring areas in and around the capital such as Showa Park in Tachikawa and local rivers.

They were ready to go farther afield when the coronavirus hit, she said.

“We were planning a trip to Bali (in Indonesia) but canceled it due to the pandemic,” she said.

On Labor Weekend they went to see Mount Fuji, about an hour’s drive from Yokota, but they’re eager to see more of Japan.

“We definitely want to do stuff that is more than two hours away,” she said.

Exactly when they can travel will depend on her husband’s schedule at work as a CV-22 Osprey flight engineer, Tensfeldt said.

“We want to go on the bullet train and go to Hiroshima,” she said. “We would like to fly to Okinawa when that opens up. We want to see the beaches there.”