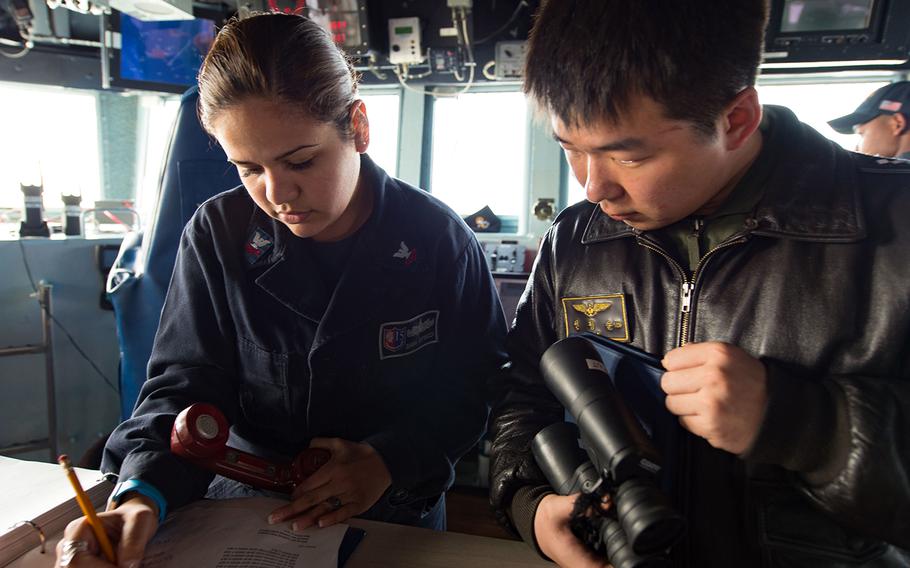 SEOUL, South Korea — The United States and South Korea began joint military exercises on Monday but kept them low-key to avoid provoking North Korea, which has warned the drills could derail efforts to resume nuclear negotiations.

The allies declined to officially announce the two-week exercise had begun or provide details, but several officials confirmed they were underway.

The quiet start was in sharp contrast to past years, underscoring the desire of Seoul and Washington to get talks with the communist state back on track.

North Korea, however, has continued to criticize the drills despite the changes and has conducted several short-range ballistic missile tests over the past two weeks in what was widely seen as a protest.

The command-post training — as military officials are calling it to avoid using the word “exercise” — will last until Aug. 20. It will mainly involve computer-simulated scenarios as opposed to past years when those were combined with combat field training, officials said, speaking on condition of anonymity to provide the details.

U.S. Forces Korea, the main command, said it would not discuss any planned training publicly “as a matter of standard operating procures and in order to allow diplomacy to work.”

“Readiness remains a priority for us,” said USFK spokesman Col. Lee Peters. “We will continue to train in a combined manner at echelon while harmonizing our training program with diplomatic efforts by adjusting four dials: size, scope, volume and timing.”

South Korea’s Defense Ministry said the training would focus on confirming its capabilities with an eye toward the transfer of wartime operational control of the combined forces, which is currently held by the United States.

“We’re now preparing for joint drills in the second half of this year in order to verify the initial operational capability for OPCON transfer,” ministry spokeswoman Choi Hyun-soo told reporters.

The U.S. and South Korean militaries have drastically altered the way they train since President Donald Trump announced plans to suspend “the war games,” which he called expensive and provocative, after his first summit with North Korean leader Kim Jong Un last year in Singapore.

North Korea, which hates the annual drills and has long demanded that they cease, said in April that it was not fooled despite the efforts to reduce the scope of the drills or to change the names.

More recently, the North warned that it may reconsider the resumption of nuclear talks with the U.S. and suggested it may restart nuclear and missile tests that had been suspended amid the diplomacy if joint military exercises were held in the fall.

Kim has overseen three launches since July 25, but Trump dismissed the weapons fired as “short-range missiles” that didn’t threaten the United States.

The exercises in the past have seen thousands of American troops deployed to the peninsula from other countries to participate and fiery declarations of resolve from U.S. and South Korean commanders.

In-bum Chun, a retired South Korean lieutenant general, said the North Koreans were missing an opportunity to embrace the allied efforts to put them at ease.

“We’re working very hard to make sure that it is not perceived as provocative, to go so far as to modify even the name of the exercise and to modify the scenario to take out all the offensive characteristics,” he said Monday.

“Also, I think North Korea needs to understand that this is a routine training for rotating personnel,” Chun added. “It’s nothing more, nothing less than a staff exercise and communications training.”

But he acknowledged that was unlikely, saying “their purpose is to get rid of the exercises once and for all, so they won’t be happy no matter what we do until we stop the training.”