US ready for talks with N. Korea ‘at a moment’s notice’ as Trump prepares for weekend visit to peninsula 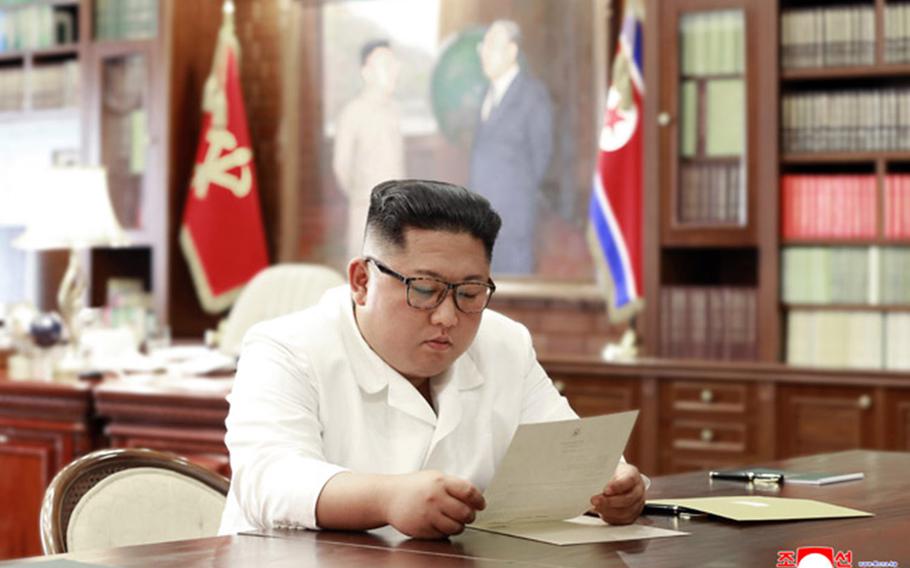 Trump’s visit, which will be his second trip to the divided peninsula as president, comes amid new optimism for the stalled diplomatic push to persuade the North to abandon its nuclear weapons.

The president sent a letter to North Korean leader Kim Jong Un that was welcomed by the communist state, raising hopes for efforts to break the deadlock that followed the February summit between the two men, which ended without agreement in Vietnam.

“I can confirm that that letter was, in fact, sent,” Secretary of State Mike Pompeo said Sunday. “And I am hopeful that this will provide a good foundation for us to begin to continue the important discussions with the North Koreans to denuclearize the peninsula.”

North Korea’s government mouthpiece, the Korean Central News Agency, described the letter as “excellent” and reported that Kim said he would “seriously contemplate” the content, although neither side provided details about what those were.

Neither said exactly when the letter was sent.

The two sides have agreed to a vague promise to denuclearize the peninsula but have failed to bridge a wide gap over how to do that.

The United States has insisted it will maintain punishing economic sanctions against the North until it gives up its nuclear weapons. Pyongyang wants a phased approach that would include rewards for steps taken along the way.

In response to a question, Pompeo said the North’s response to the letter indicated that the resumption of working-level talks “may well be a very real possibility.”

“We have been working to lay the foundations for that since Hanoi. We think we’re in a better place,” he told reporters at Joint Base Andrews before flying to the Middle East. He will join Trump in South Korea.

“We’re ready to go. We’re literally prepared to begin at a moment’s notice if the North Koreans indicate that they are prepared for those discussions,” Pompeo said.

Trump will fly to South Korea on Saturday following participation in the G-20 meetings of rich and developing nations in Japan.

He will hold a summit with South Korean President Moon Jae-in on Sunday to discuss “methods for close coordination between the two nations for the establishment of permanent peace through the complete denuclearization of the Korean Peninsula,” as well as solidifying the alliance between their nations, Moon’s spokeswoman Ko Min-jung said.

The rest of his schedule was not immediately announced, leading to speculation that he may visit the truce village of Panmunjom, also known as the Joint Security Area, in the heavily fortified border that divides the peninsula.

Trump tried to visit the area in the so-called Demilitarized Zone, which is the only point where troops from the rival sides come face-to-face, during his last visit to South Korea in November 2017, but his helicopter was forced to turn back because of bad weather.

Trump also is expected to meet with Chinese President Xi Jinping on the sidelines of the G-20 summit. Xi stressed the need for all sides to “stick to peace talks” during his first trip to North Korea last week.