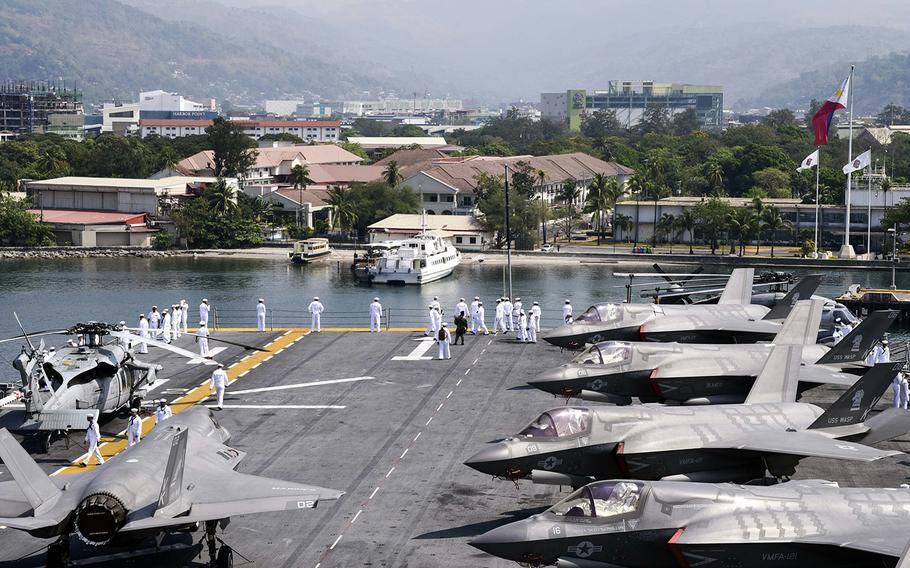 The U.S. military has canceled a major exercise in the Philippines because of the coronavirus.

“Due to concerns for the health and safety of the participating exercise forces and local populations near the planned exercise areas, U.S. Indo-Pacific Command has canceled Exercise Balikatan 2020 scheduled for May 4-15 in the Republic of the Philippines,” an INDOPACOM official said in a statement Friday.

Balikatan is an annual exercise between the United States and the Philippines with participation by Australia.

Canceling the exercise follows restrictions on international travel implemented by the U.S. Department of Defense and the Philippines in response to the coronavirus pandemic, the command said.

“In light of the extraordinary circumstances surrounding COVID-19 pandemic and in the best interest of the health and safety of both countries’ forces, it is prudent to cancel Balikatan 2020,” Adm. Phil Davidson, INDOPACOM commander, said in the statement. “We remain deeply committed to our long-standing Alliance and friendship.”

Last year, the Navy sent the amphibious assault ship USS Wasp and F-35B Lightning II stealth fighters to the Philippines for the first time as part of the drills.

This year’s exercise was expected to proceed despite a rift between the allies. In February, the Philippines notified the United States of its intention to terminate the Visiting Forces Agreement, which permits U.S. troops to deploy in the country.

Dela Rosa has been cited for human rights violations related to Duterte’s bloody drug war that began when he was elected president in 2016.