US must revamp post-WWII order in Indo-Pacific to curb China ambitions, report says 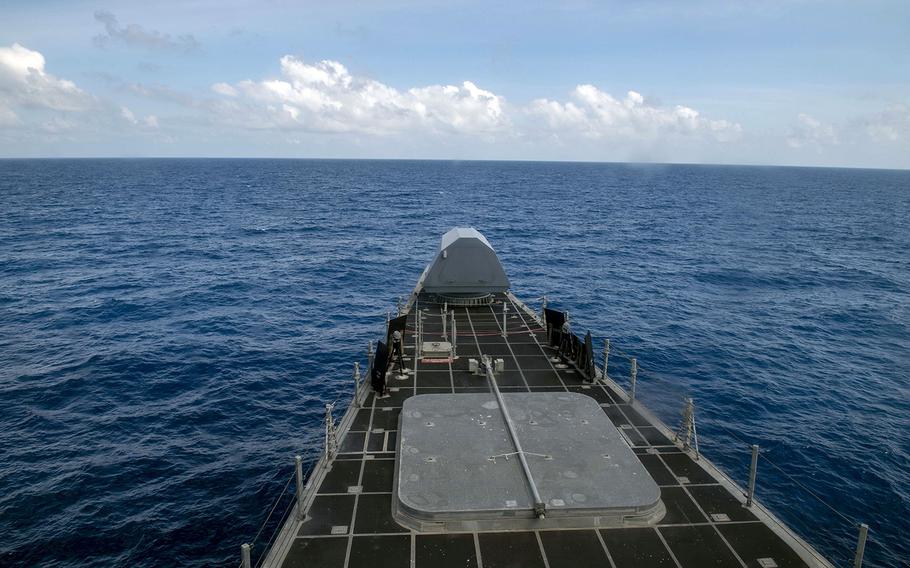 The U.S. and its allies must establish new rules, norms and institutions in the Indo-Pacific region as a means of blunting China’s growing military and economic might there, recommends a congressionally mandated report released Tuesday.

The report, “Rising to the China Challenge: Renewing American Competitiveness in the Indo-Pacific,” authored by the think tank Center for New American Security, was a requirement in the 2019 National Defense Authorization Act to assess how best to implement the Pentagon’s defense strategy in the Indo-Pacific.

The 2017 National Security Strategy and 2018 National Defense Strategy identified so-called “great-power” competition as the new driving force behind the Defense Department’s decisions and force structuring rather than counterterrorism. The competition between the United States and China is of premier importance.

The U.S. has sought to maintain the post-World War II order of a “free and open” Indo-Pacific defined by free trade, recognition of international law, transparency and good governance.

The report’s comparison of that to a potential China-led order was stark. Features would include “the People’s Liberation Army controlling the South and East China Seas; regional countries sufficiently coerced into acquiescing to China’s preferences on military, economic, and diplomatic matters; an economic order in which Beijing sets trade and investment rules in its favor, with dominance over leading technologies, data, and standards; and Beijing with de facto rule over Taiwan and agenda-setting power over regional institutions.”

The postwar order championed by America, however, “has proved insufficient in curbing China’s ability and desire to challenge vital U.S. interests in the region,” the report said.

For example, existing rules for contested domains such as economics, defense, technology and information are inadequate.

Prioritizing the “China challenge” will require U.S. “willingness to make hard tradeoffs in other regions and with other issues,” the report said.

“Managing the China challenge should be an organizing principle of U.S. foreign policy, not just one among many other pressing priorities in the world,” the report said.

While this more robust strategy would require a whole-of-government approach, the report said, it is crucial for the U.S. to sustain conventional military deterrence with China.

“While the United States still retains an overall military advantage over China, the gap has closed considerably over the last two decades and, absent urgent change, the regional balance may tip in China’s favor by the late 2020s or early 2030s,” the report said. “In certain scenarios, the military balance may already disadvantage the United States.

“In short, the United States needs a new American way of war.”

The report recommends the Defense Department focus on the U.S. military’s underlying vulnerability to Chinese “systems destruction” warfare, by which damage to a critical component results in systemic failure.

U.S. air bases, aircraft carriers and surface vessels are too vulnerable to Chinese air and missile attacks, while intelligence and surveillance are “brittle” to cyberattacks, the report said. In addition, U.S. ports and airfields are vulnerable to cyber and physical attacks.